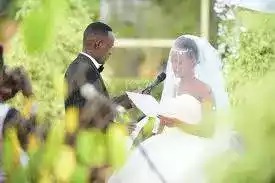 Marriage is a beautiful thing and something we all look forward to. We all know that as much as there is joy and comfort to be enjoyed within the institution, there is still the heartaches to face, the lonely days when we might sit and wonder if we made the wrong choice to spend our life with that one person, that’s when the idea of divorce comes in.

The Nigerian entertainment space, though riddled with lovely marriages also has some grim tales- the unfavorable side we do not want to see, the separation and divorce. Here’s a list of 10 biggest celebrity divorces in Nigeria.
1. Osas Ighodaro and Gbenro Ajibade:

The rift started after Gbenro took to social media to slam the Nollywood actress, over “abandoning and neglecting their daughter”. At that time, people began to guess that all was not well with the couple and there was a crack in their marriage. It took a whilr, almost a year, precisely 10 months for the marriage to finally dissolve.
The couple however, say they are co-parenting and if social media is anything to go by, they seem to be doing just fine.
2. IK OGbonna ans Sonia Morales:

One of the hottest actors in Nollywood whose divorce stunned both his local and international fans. He and his sweetheart, Morales had gotten married and fans only found out on social media. Similarly, the break-up was announced on Instagram.
The son they had together was little reason for the couple to be together. They ended things on the 8th of August, 2019.
Here’s what Morales had to say about the divorce “This is a hard letter to write as I am pretty sure I will cry my way through this post. I know I should have said all these a long time ago, but back then, I was just weak and could not think straight because I was busy struggling to make things right the best possible way within and even beyond my capacities.
3. Mercy Aigbe and Lanre Gentry:

The actress got married to the wealthy hotelier in 2013 but nthe couple parted ways in 2017 over irreconcilable differences. Before the divorce, Mercy Aigbe had taken to social media to share pictures of her battered, bruised and swollen face. All results of domestic abuse and violence. The marriage produced two children but even that could not help its balance in the face of divorce.
4. Tonto Dikeh and Olakunle Churchill:

The controversial actress got married in 2015 but ended in 2017 for a number of reasons. One of them was that according to Tonto Dikeh, Churchill had lied to her to be a nephew of former president, Obasanjo.
Speaking about the breakup and the pain, she said “I posted stuffs my ex-husband bought for me doesn’t make it true. I used my platform to lie, to make him the man he is today.” The duo still frequently exchange in a battle of words on social media from time to time.
5. Toke Makinwa and Maje Ayida:

The media personality and beauty entrepreneur got married to her longtime sweetheart in 2014, although they began living together in 2015. The marriage soon hit the rock and was annulled in 2017 after Toke Makinwa filed for divorce on the basis of adultery.
6. Funke Akinele and Alhaji Almaroof:

Unarguably one of the biggest wedding of 2012, it sadly lasted only 413 days. The marriage was the actress second’s one. Funke Akindele is currently married to JJC Skillz and the couple seem to be happy together.
7. Fathiah and Saheed Balogun:

The marriage between the two versatile Yoruba actors was a beautiful moment for everyone. Some even claimed it was the beginning of a new path for Yoruba movie and the birth of something glamorous. That was not to be, because in 2017, the couple separated with each going different ways.
8. Ini Edo and Phillip Ehiagwina
9. Frank Edoho and Katherine Obiang
10: 9ice and Toni Payne