President Muhammadu Buhari has approved the payment of the February and March withheld salaries of lecturers in federal universities yet to join the Integrated Payroll and Personnel Information System (IPPIS).
The Minister of Labour and Employment, Chris Ngige, announced this on Tuesday in a statement signed by his new media aide, Emmanuel Nzomiwu.
Ngige said Buhari also directed the Minister of Finance, Budget and Planning, and the Accountant General of the Federation, to effect the directive.
Opening a Zenith Bank account is easier
than ever before. Get your account in
2mins
OPEN
The payment, according to him, will cushion the effects of coronavirus on lecturers and their dependents.
Ngige disclosed that Vice Chancellors have been asked to revalidate the affected lecturers Bank Verification Numbers (BVN) and forward to the Accountant General of the Federation for the payments.
The Buhari administration in January, stopped the salaries of the affected lecturers after they refused to enroll in the IPPIS. 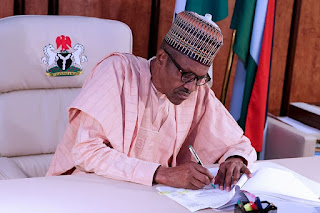