The Federal Government has described racial discrimination in Guangzhou, China, as a red line, vowing to fight it to the very end.
Speaking in Abuja yesterday at a briefing of the Presidential Task Force on COVID-19, Foreign Affairs Minister Geoffrey Onyeama condemned reported maltreatment of Nigerians and other Africans in Guangzhou.
He said Nigeria had made it clear to the Chinese Government that under no circumstances would it accept racial discrimination against Nigerians or indeed Africans or blacks in China
“Now, we’ve been engaging with Chinese government at various levels at the level of our Consulate in Guangzhou, which is where these cases of discrimination and racism have been taking place and also at the federal level Beijing with our ambassador and the embassy in Beijing.
“They (the Chinese Government) have in turn told us there’s no case of that ongoing. But clearly, we’re seeing videos, I’ve received reports and we’ve told them it’s unacceptable and we’re also engaging with other African countries to decide and work together on definitive steps and measures we’ll take because of this situation.
“In addition, I’ve directed the Consulate in Guangzhou to systematically detail every single case of discrimination and every single case of loss or damage suffered by any Nigerian and we’ll pursue each and every single one very robustly with the Chinese government. If it requires compensation and damages etc.
“So for us, it’s a red line and we are going to fight it to the very end. We’re extremely disappointed because we have excellent relations with the government and people of China, that such a thing can happen at this stage,” the minister said.
“Really we’re deeply wounded by what has happened to Nigerians and other Africans in China. Of course, the government has given us explanations and so forth, but really, it’s something we never expected and we’ll pursue it to its final conclusion and we’ll not make any compromises in doing so. 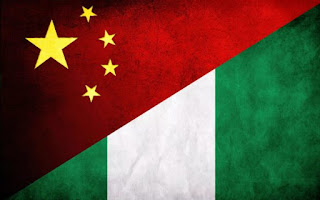 0
Previous post I am not interested in politics, 2023 presidency – Allen Onyema
Next post The Only Way To End Coronavirus Pandemic is To Open Churches – Pastor Lazarus Muoka (Video)
Admin