”No marry old man like your sister because of money..” – Troll tells Regina Daniels’ sister ; she replies.

Nollywood Actress, Regina Daniels, have been topic of discussion when it comes to ‘marrying for love or money’ ever since she got married to the love of her life, Billionaire Ned Nwoko. The only problem (according to critics) is that the man was too old for her and she apparently married him because of the money that was involved.
The above paragraph is the reason Regina Daniels family became one of the most talked about on social media and this has extended to her younger sister, Destiny Daniels.

In a recent development, Destiny was dragged into an online exchange who felt morally justified to give some marital advice to the sister of Regina Daniels ( because come on, we are talking about the sister of Regina Daniels).
When the troll tried to advise her against following the footsteps of her older sister, Destiny who couldn’t care less if the troll was older than her, gave him a piece of her mind. 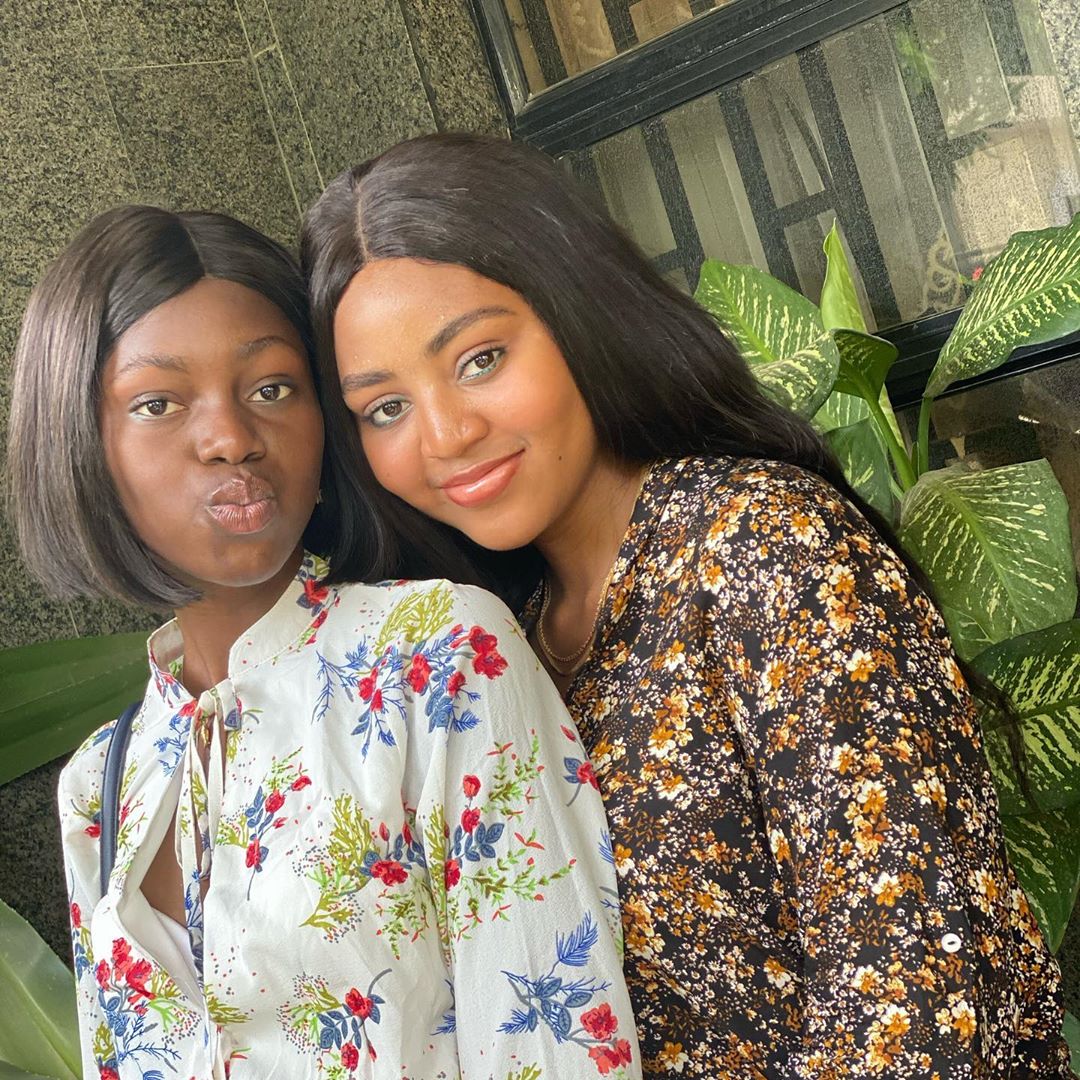 The follower wrote: “No marry old man like your sister bcos of money you hear?”
Destiny replied:
“you that you are young,your own is to be posting engagement ring because all the girls you proposed to didn’t accept your foolishness simply because you’re broke…….pls make money let young girls marry young guys. Mtchwww,abeg next time don’t come to my page and start spitting trash because I wouldn’t care if you’re older or not” 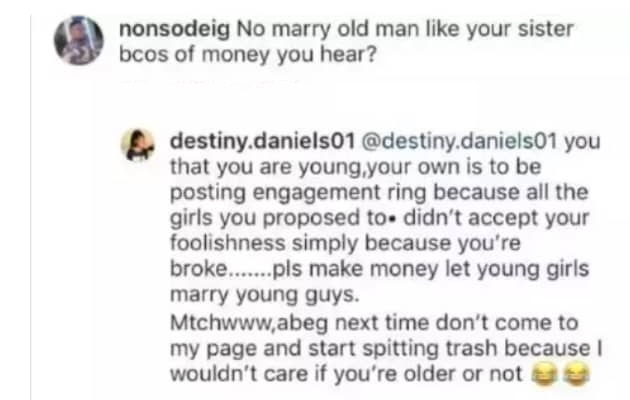 0
Previous post Davido blast mercy johnson and husband call them Evil set of people.
Next post mysterious deaths in Kano are not related to Coronavirus – Emir of kano
Admin