Accident in Benin City more than 3 vehicles were involved

There was pandemonium yesterday in the ancient city of Benin City as more than three vehicles were involved in an auto crash as residents rushed to beat the 7pm curfew set by the state government.
According to reports, the incident happened at the popular Upper Mission Road in Benin. 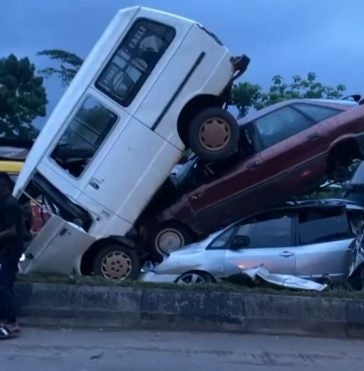 The Governor of the state, Godwin Obaseki, some days ago, imposed a curfew in a bid to curb the spread of the coronavirus pandemic.
As at time of this report, no death was recorded at the scene of the incident as individuals involved were rushed to a nearby hospital. 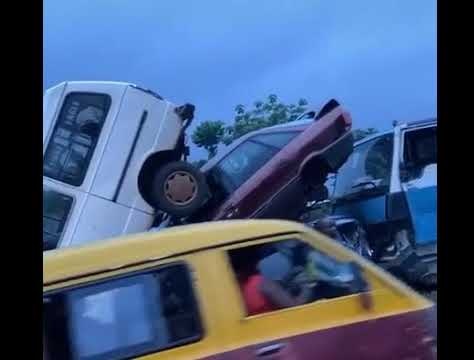 0
Previous post Covid 19: Juventus star player, Paulo Dybala ‘tests positive for Coronavirus for fourth time in six weeks’
Next post ‘I felt bad for my husband when we were told we could not make love before marriage’ – Actress Stella Damasus
Admin