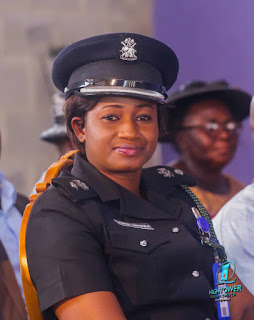 INTERVIEW WITH CSO TOKUNBO ABANIWONDA
During one of our Voc pop interviews on the streets of Ipaja, we ran into a very noble woman in the person of CSP Tokunbo Abaniwonda the DPO of the  Ipaja division of the Nigeria Police Force. We knew it would be a travesty if we didn’t interview seeing as we have heard so many wonderful things about her, so we approached her and being the gentlelady that she is, we had one of our best interviews in recent times.
Personal  life / Academic Background: CSO Tokunbo Abaniwonda  was born in Hamburg (Germany )to the family of Alhaji and Alhaja Ilesanmi, she is Married to mr Bashir Abaniwonda a banker, and blessed with beautiful children.

She  had her  primary school education at duro oyedoyin pry school ijeshatedo surulere Lagos state, and her  secondary education at unity secondary school ado ekiti, Ekiti State, before proceeding to the prestigious  Lagos state university in Ojo, where she bagged a BA (hons) in philosophy and a MBA in human resources. During her university days in LASU she was an activist, and she has always had  a passion to serve and help other people in her own way, hence her decision to join the Police Force in order to help create a  better society.
.
.
.
Her experiences as an administrator within the police force: 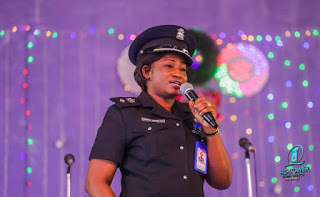 Speaking on her experiences as an administrator within the Nigeria Police Force, she said pointed out that it has been quite challenging but interesting because all her work within the force her driven by her passion for serving others, therefore every moment have been enjoyable.
Speaking further on the practical challenges she faces, she said that it can get complicated trying to force full grown adults including those old enough to be her parent to do the right thing in accordance to the law or laid down rules and regulations.
She pointed out that she has had to be firm, disciplined and highly diplomatic to deal these challenges, while also being fully abreast of the rules of her engagement and duty.
She also mentioned that support from her husband, her children, her siblings and her parents, along with the advice and encouragement from her superiors and mentors in the force have been pertinent to her success as an administrator.
.
.
. 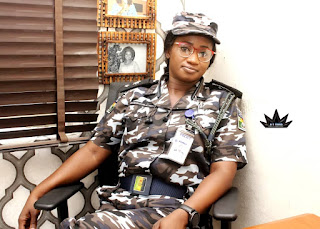 Her advice for Nigerians:
She urges every Nigerian to play their  roles in making the country a better place and to demonstrate patriotism by obeying the law.
Highlighting some of the ways Nigerians can assist the officers of the Nigeria Police Force in carrying out their duties; she mentioned that;
Prompt and accurate information and provision of logistics to help police officers serve Nigerians better. She also mentioned that Nigerians should desist from acting with the impression that all police officers are corrupt and bad, because the efficiency of the Police Force is a reflection of the society. 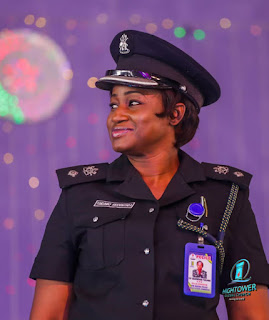 She also implores Nigerians to see Police officers as humans as too, and as such they are equally capable of making mistakes, therefore citizens should not hesitate to report the wrong doing of any erring police officer to the force ,also citizens should not encourage corruption by going against the law and offering bribe to avert justice.