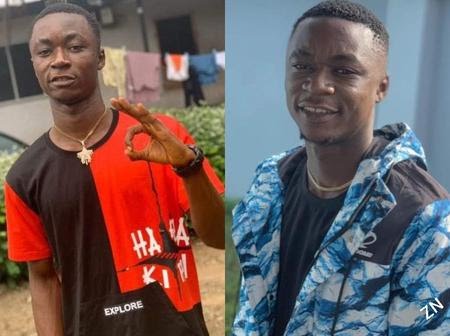 A 20-year-old singer identified as Daniel Chibuike Sleek has died after he was shot by a policeman in Rivers state.

Daniel Chibuike who is also known as Sleek was shot dead by a mobile police officer attached to a supermarket in Elelenwo area of Port Harcourt, Rivers state on Saturday, 19th September, 2020.

According to the deceased friend, Daniel Chibuike and his friend, Reuben were coming out from Reuben’s house when Special Anti Robbery Squad Operatives (SARS) started chasing them.

They ran towards Elelenwo market before a mobile policeman guarding De Topic supermarket on hearing the SARS operatives shouting and calling them ‘thieves’ opened fire on them.

The elder brother of the deceased while narrating what happened said that an eye witness called their mother to inform her of what happened and she went to the DPO’s office at Akpajo, Elelenwo where they told her that the deceased was shot in the leg which was a mistake.

They were told that the deceased was rushed to the hospital and were asked to go and check.

When they got to the hospital, they found out that Sleek was already dead and in the mortuary.

“The DPO later asked us to leave his office and even threatened to detain my mom.” the deceased brother said.

0
Previous post Mianky – Done To Me
Next post Fear women!! Man collapses after he discovered that his bride has four grownup children on his wedding day.
Admin