many injured as gas tanker explodes in Lagos

Not less that 50 persons have sustained burn injuries as a gas tanker exploded in Iju-Ishaga area of Lagos on Thursday, September 24th. 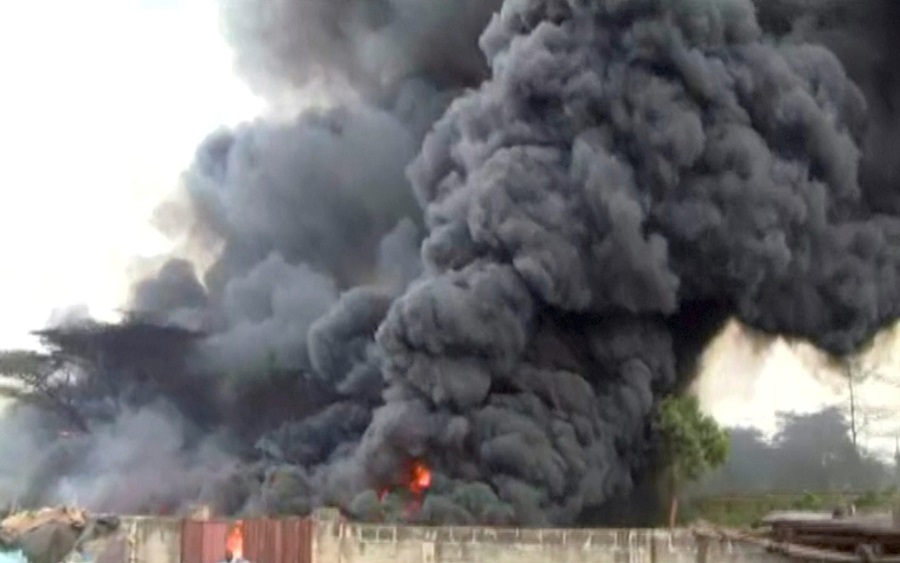 The Lagos State Emergency Management Agency took to her official twitter page to confirm and give details of the sad incident.
According to LASEMA an unknown truck conveying Gasoline had a lone accident and exploded.
The tweet reads,

“Situation Report on the Gas Explosion at Cele Bus stop Iju Ishaga. On the arrival of the Tiger Squad, Alausa Secretariet at the scene, it was discovered that there was a gas explosion at the aforementioned address. Further investigation gathered revealed that an unknown truck conveying Gasoline had a lone accident and exploded.
“The impact of the explosion led to fire on adjoining buildings and several vehicles burnt. Several persons were injured and have been taken to the nearest hospital for treatment”.

This is coming after a petrol-laden tanker exploded in Felele area of Lokoja Kogi state, in the early hours of Wednesday, September 23rd.
According to eye witnesses, the tanker exploded around 8:00 a.m., when the driver lost control of the tanker and rammed into a coming vehicles.