A Nigerian lady known as Renua Giwa-Amu on Facebook, has taken to the platform to publicly accuse her father who is a pastor of repeatedly raping her as a child. 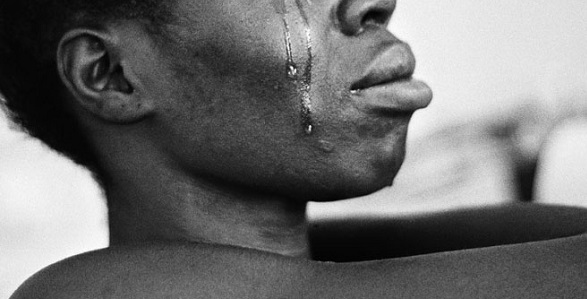 In a lengthy Facebook post, Renua accused her father of sexually abusing many children left under his watch, She claimed that her friends couldn’t come visiting because they were scared her father would molest them.
She wrote,

“Mr OBAFEMI EHIMIGBAI GIWA-AMU:
I know that you are a child molester, your numerous victims outnumber you and I remember everything now. All I have to say to you is this: You, your rings of pedophiles, bullies, thieves, hired cronies and family gang can do whatever you like in eternum. You already do so, and my belief in karma is strong enough to know that you have already begun the processes that will eventually be your own downfall. But lately, I got triggered again into remembering details about certain threats against me and my siblings you often made against our lives if I was ever to become successful and return to Nigeria after daring to come forward with my truth. I already did that. I had the nervous breakdown in 2018 when the truth about your various exploits and smuggling schemes finally came back to me in a big, horrible way.
“So, take note; if really you want to live long enough to indeed be the old dog turning tired tricks that you already are, you would be advised to start covering your pedophile tracks more efficiently. We both know you won’t; that is how your specific and vile pathology works. I only feel sorry for the countless women and men who consciously or unconsciously allowed you access into their lives, homes, children and businesses over the decades of your horrific schemes. I wished that I could make you a better man when I was little and had no choice engaging in the things I eventually believed normal because of you. Not because you even deserve the simple joy of being a good person, but because this already wicked world never needed the vile stench of a soul like yours to walk it and the day you breathe last on it, will be a purer tomorrow.
“All of that is fact, already known widely and in private, but after having to watch helplessly before while you took various jobs, titles and high positions that allowed you, smuggle and steal, trick innocent parents into sending their children places with you when really you know anything you did for money was always a reluctant business front you used to scout more victims, sophisticated scams and channels to perpetuate more crimes across international borders…. after watching you do all that and still manage to get away, living scot free off whatever femme du jour, I must admit it’s too hard to stay quiet again as an adult. Most people already know the thieving facts about you, but many more fools searching for quick easy money will always be happy to associate with a crook like you. So at this point, I just have to make a necessary, painful but awkward and public announcement for people in respectable society to understand that you should perhaps be discouraged from being such a homicidal thieving pervert, or maybe at least not be able to ask their kids to sit in your lap casually anymore”. 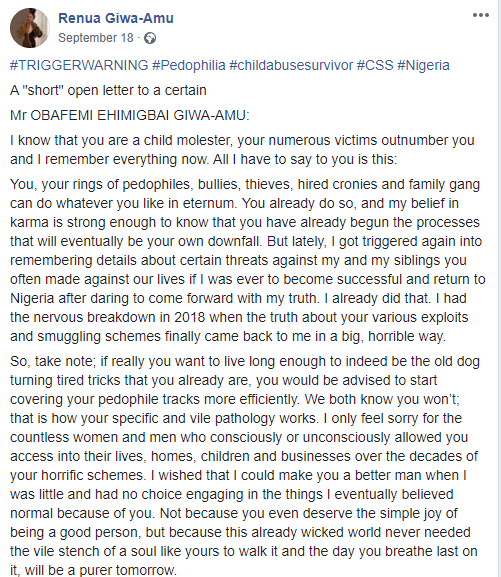 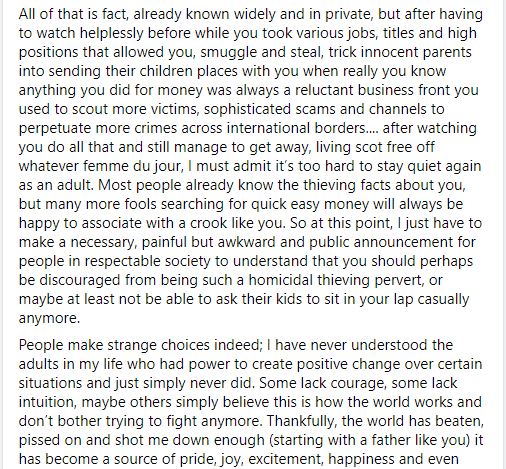 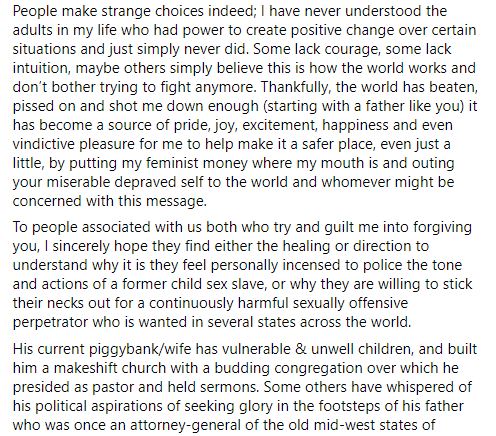 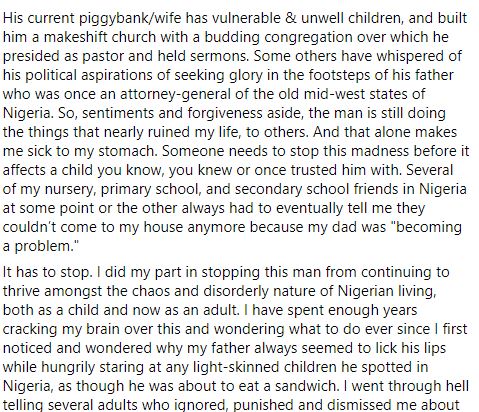