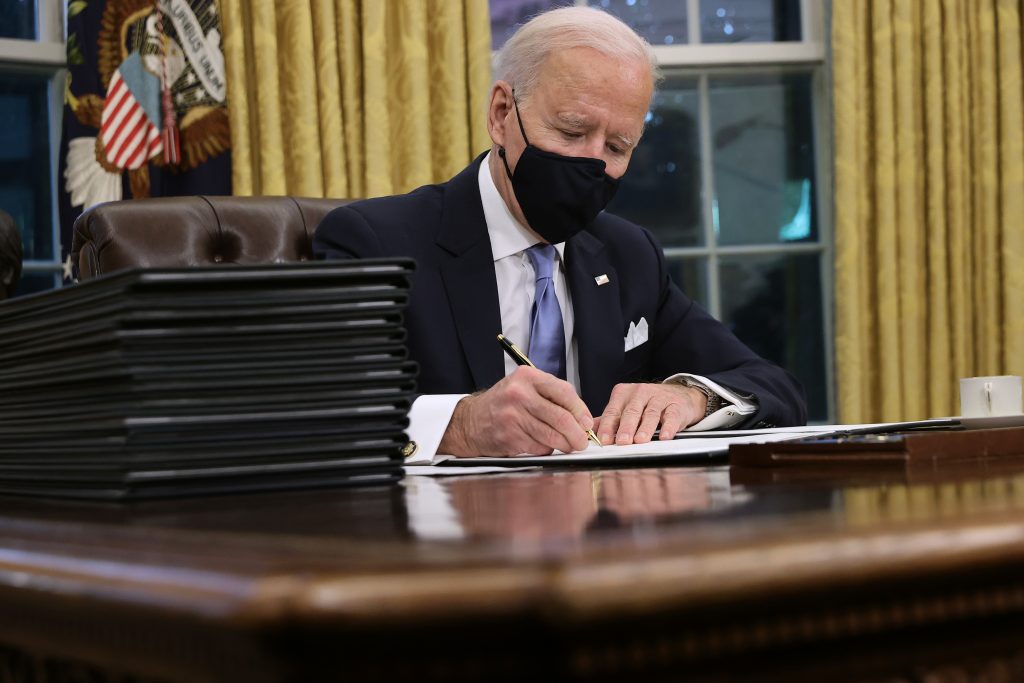 According to a report by Bloomberg, Biden also reversed the systemic ban placed on citizens from Muslim dominated countries like Yemen.

Trump had last February placed an immigrant visa ban on Nigeria, citing Nigeria’s lack of a robust database. The American Ambassador to Nigeria, Mary-Beth Leonard, stated at the time that Nigeria must improve on its data intelligence to ease the investigation of its citizens wishing to migrate to the US, if it wants the ban lifted.

The Nigerian government subsequently set up a committee on Citizen Data Management and Harmonisation, to address the complaints of the US which led to the recent push for all Nigerians to register with the National Identity Management Commission and obtain a National Identity Number.

With Biden’s reversal of Trump’s order, Nigerians will now be able to apply for green cards.

The Bloomberg report reads in part, “The ban that Biden ended, blocked entry to most people from Iran, Syria, Libya, Yemen, Somalia, and North Korea. It also restricted immigrant visas for people from Nigeria, Kyrgyzstan, Myanmar, and Eritrea as well as for certain others from Venezuela and Tanzania.”

Biden on Wednesday began reversing Trump’s immigration policies, part of an aggressive push to roll back some of the most controversial actions of his predecessor and chart a new course for the nation.

In one of his first acts as president, Biden signed an executive action ending restrictions on travel and immigration from some predominantly Muslim countries. The measure directs the State Department to resume visa processing for those countries and develop a plan to address people affected, such as those who were denied entry to the US

The action also orders reviews of other “extreme vetting” practices used by the Trump administration, while directing the US to improve information-sharing with foreign governments to bolster screening of travellers.