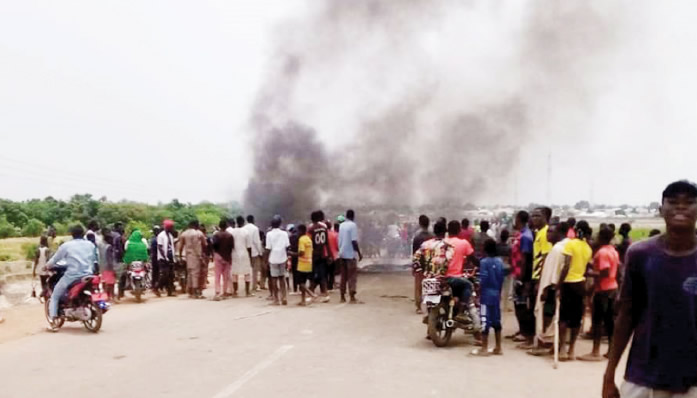 Over 88 members of a vigilance group popularly called ‘Yan sakai’ in local parlance were killed in Danko/Wasagu Local Government Area of Kebbi State.

A source told our correspondent that they were killed on Friday when suspected bandits struck in the area, attacking seven villages.

‘Yan sakai’ are local vigilantes assisting the security agencies deployed to secure the areas under bandits’ attacks for almost a year.

The Kebbi State Police Command confirmed the killing of 88 vigilantes in the council area.

Another source in the village said the casualty figure had risen to 92 and many others injured.

The spokesperson for the police in the state, DSP Nafiu Abubakar, said, “The bandits struck on Friday where they attacked at least seven villages, killing at least 88 innocent souls. The killing took place in villages of Koro, Kimpi, Haha, Dimi, Zutu, Rafin Gora and Iguenge all in Danko/Wassagu Local Government Area.’’

Abubakar said the command had already deployed a detachment of cops to restore peace to the areas and go after the perpetrators.

Not long ago, some dreaded group terrorising the villages ambushed and killed eight cops, a divisional police officer and a soldier.

Sunday PUNCH gathered that people in the affected villages were currently seeking refuge in nearby villages and appealed to the state government to come to their rescue.

When the state governor, Abubakar Bagudu, visited the area on Saturday, he pleaded with the people to remain calm, noting that the government was doing all within its powers to restore normalcy in the area. The governor also appealed to the youth who protested against incessant killings in the area.