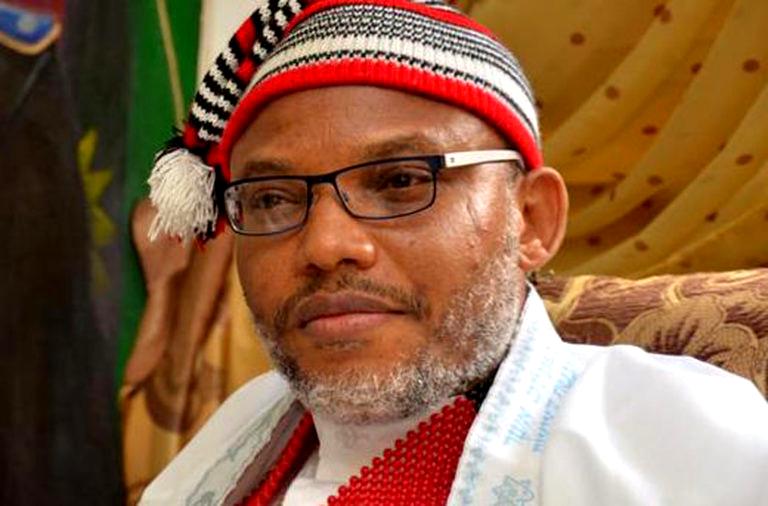 Former Nigeria Ambassador to Argentina, Ambassador Empire Kanu, has lambasted the federal government for the alleged abduction and extradition of the Leader of the Indigenous Peoples of Biafra, IPOB, Mazi Nnamdi Kanu.

The ex-diplomat argued that instead of persecuting Kanu, the Nigeria Authorities should be concerned about addressing the germane issues he is raising.

He warned Government against hunting Kanu as if he were the problem of Nigeria, saying he has the right to demand better treatment for his people.

The first republic House of Representatives member, challenged the federal government to demonstrate genuine efforts towards addressing the grievances of agitators of self-determination in the country and see if the agitations would not cease.

He wondered why the federal government is so worried about Kanu who is only agitating for equity and justice while doing little to rein in Fulani herdsmen and bandits ravaging the country.

” Why is the federal government so worried about Nnamdi Kanu. What has he done to warrant all this apprehension?

” When you have herdsmen and Miyetti Allah ravaging the country, why is the Government not going after them? If you want a fair deal, round up others too.

” This union was forced on us by the British. The military twisted the constitution in favour of the North. Since then things have not been right.

” So Nnamdi and millions of other youths like him are not happy that they are being treated as second-class citizens in their own country.

” Easterners have been marginalised and if your rights are being taken away and you continue to endure it but your children come up and say no, that they can’t tolerate it anymore, what do you do?

” The question is: what is Nnamdi asking for? Is it not a simple referendum? Why is Government afraid of giving a referendum to him and others who believe in the cause he is championing to determine whether or not they want to continue in this union?

” Britain should talk now and leave us alone. If you give us a referendum nobody will agitate again because the outcome of the referendum will solve this quarrel.

” So, what is the problem in asking for a referendum? Is Government not the one harassing Nnamdi Kanu? They are the ones harassing the poor boy.

” He was arrested and granted bail. He was enjoying his bail when soldiers raided his home and he fled. It’s only a tree that they came to cut down and it remained where it was.

” Now that they have abducted him back to the country they should respect his rights and follow the rule of law. They should allow him access to his family, doctors, and lawyers.”

Ambassador Kanu argued that the agitation for self-determination is fueled by injustice perpetrated against South Easterners, adding that Kanu only represents millions of others who are yelling for Justice.

” Do they think we are blind? Why is their attention on oil? They are mining gold in the North and who is auditing them? Look at how the Petroleum Industry Bill was messed up? Host communities now to scramble for 3 percent while 30% is for exploration of oil.”