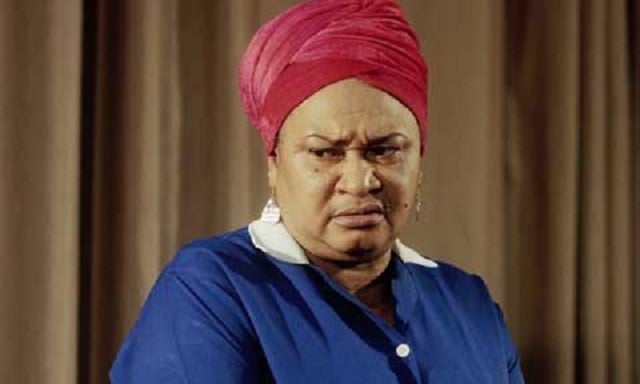 Her son, Olatunji, confirmed the death of the actress to The PUNCH on Saturday.

According to him, his mother died on Friday night around 10pm.

“She passed last night around 10pm. She had malaria and typhoid,” Olatunji told The PUNCH.

Oniga featured in scores of Nollywood movies —both English and Yoruba— before her demise.

Born on May 23, 1957; the delectable actress began her career in 1993. Her first movie was the blockbuster, Onome, while her debut movie in the Yoruba speaking sector of the film industry was Owo Blow.

The 64-year-old actress used to work for a European engineering consultancy firm with its regional head office in Nigeria.

In an interview, she noted that she stopped working when she got married and started having children. Unfortunately, her marriage did not last.

So, after her separation from the father of her kids, she took up acting again.

She revealed in the interview that one of her regrets in life was that she did not fight for her marriage.

In the span of her career, which was about 27 years, the multiple award-winning actress featured in movies like The Wedding Party, The Royal Hibiscus Hotel, 30 Days in Atlanta, Sango, Out of Bounds, among others.

Previous post Inside life: Angry mother stabs her daughter to death for spending night outside home
Next post Lionel Messi will not continue with FC Barcelona, confirms club
Admin