How my friend slept with my wife and snatched her from me – Nigerian Doctor Accuses Colleague & Friend, Shares Photo, Video of Him Kissing Her

A Nigerian doctor, identified as Anthony Chijioke, has taken to Facebook to call out his friend and colleague for allegedly snatching his wife. 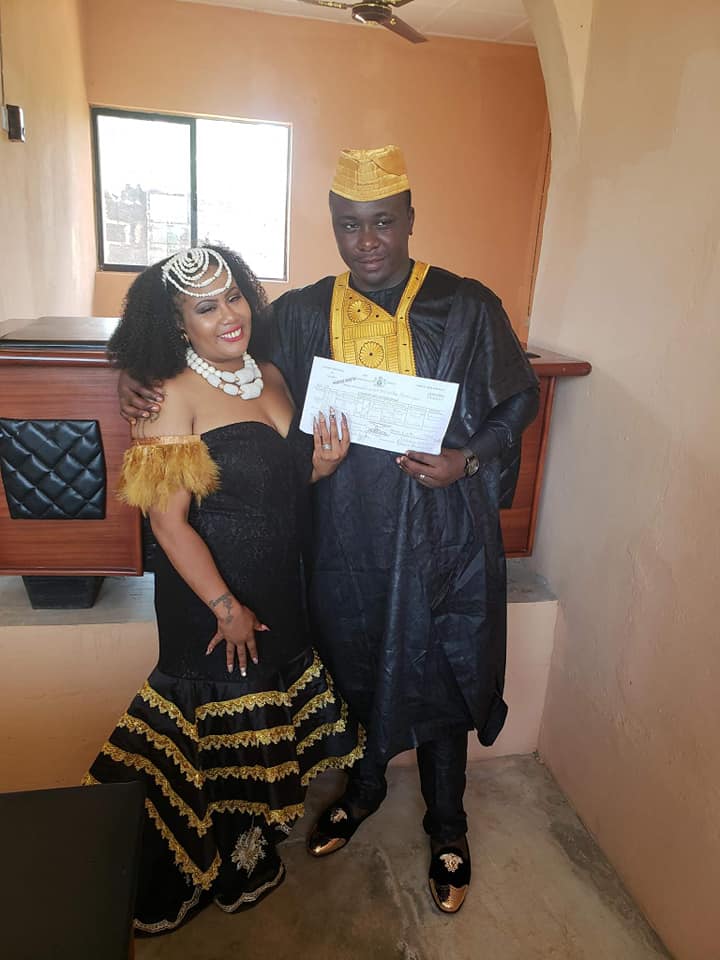 Chijioke, in a series of post he shared on his Facebook page, accused his friend, one Dr. George Davidson Ozuzu, of inviting his wife from America to Abuja where he allegedly defiled her. Chijioke likened his case to that of evicted BBNaija Season 6 housemate, Boma, who received heavy backlash from netizens for having an affair with a married housemate on the show. 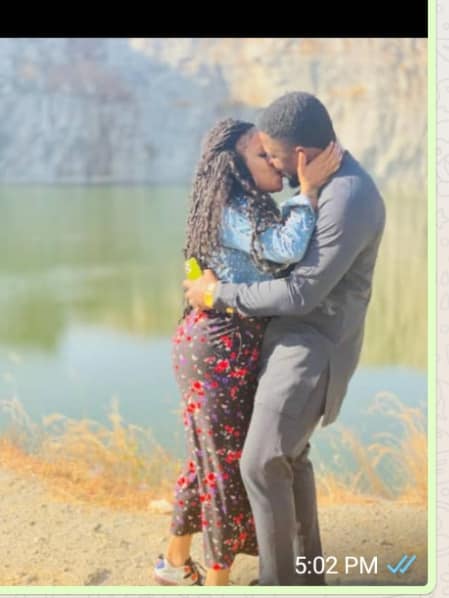 According to the Port Harcourt based doctor, Dr. George deserves to be meted with the same judgement as Boma for snatching his wife.

“You are talking about BOMA who never knew TEGA’S HUSBAND FROM ADAM, what about Dr. George Davidson Ozuzu also called MAJOR who invited his friend, classmate and Teammate of 8years Wife and slept with her? Not Girlfriend ooooo, Wife for that matter. He invited her from the United States and then messed with her in Abuja, in the company of his friends roommate and another friend and classmate of almost 8years. The Young Doctor never kill himself. And nobody don evict Major, it’s only the MDCN he is waiting on to take ACTION on him as they both TOOK THE HIPPOCRATIC OATH where YOUR COLLEAGUE IS SUPPOSED TO BE YOUR BROTHER.

Dr. George Ozuzu Davidson is a graduate of Uniport and a citizen of Mbaitolu in IMO STATE, mother hails from Abia. That guy should be dealt with, with the same energy the people have used to bring BOMA DOWN. I also calll on University of PORTHARCOURT to review his certificate. Nobody trained as a Doctor should behave this way. It should serve as a lesson to others. University of PORTHARCOURT never Trained us in Learning but also in Character. I will be reporting to the SENATE OF UNIVERSITY OF PORTHARCOURT TO TAKE THE NECESSARY DISCIPLINARY ACTIONS BEFORE THIS DOCTOR BRING AN INTERNATIONAL DISGRACE ON OUR UNIQUE UNIPORT. MDCN and University of PORTHARCOURT, it’s up to You.”

In a follow-up post, Chijioke shared photos from their court wedding and a copy of their marriage certificate as proof that they were legally married, following alleged claims by Dr. George that the marriage was not legal. 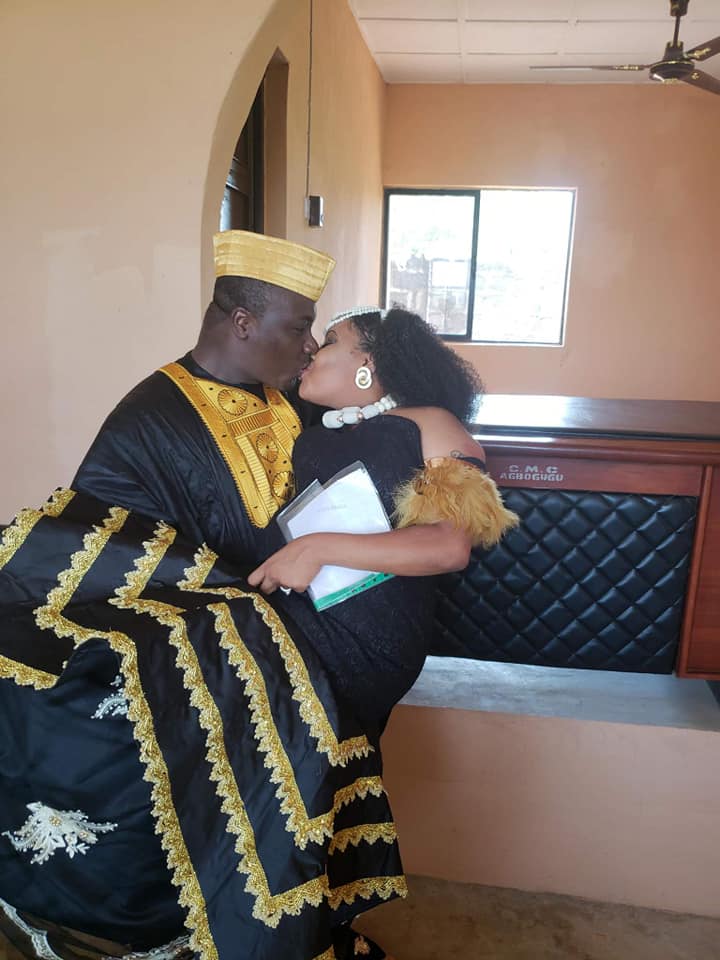 “It came to my notice that Dr. Ozuzu GEORGE DAVIDSON is making claims that the Marriage with my wife wasn’t legal and that was his conviction for going ahead to ruin my home and defile my wife. And even had the gut to text my Dad and threaten for legal actions on me. I have never seen a joke like you. A Marriage you congratulated me and because of your callousness, you hardened your heart and DECEIVED MY WIFE INTO FOLLOWING YOU TO DUBAI AND ABUJA WHERE YOU SLEPT WITH HER FOR WEEKS. I PROMISE TO LEGALLY DEAL WITH YOU AND YOUR PROMISCUITY.
Below are my Marriage certificate and other relevant photos to convince the public that you are a SCUM. You don’t deserve to touch patient again in Nigeria as a Doctor,” he added.

See his posts below, 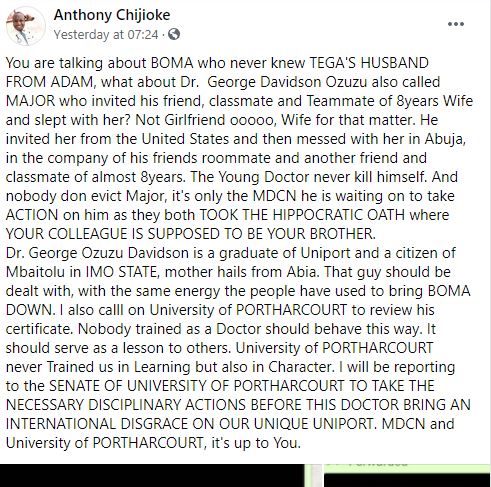 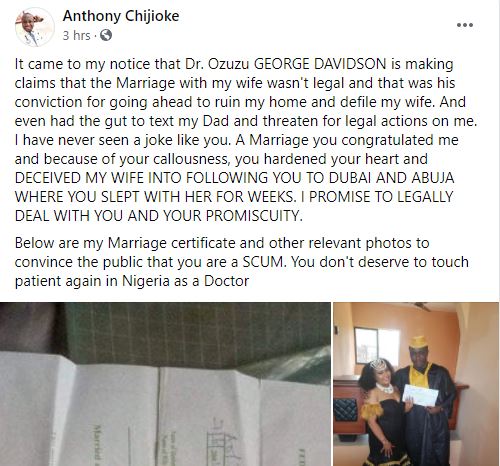