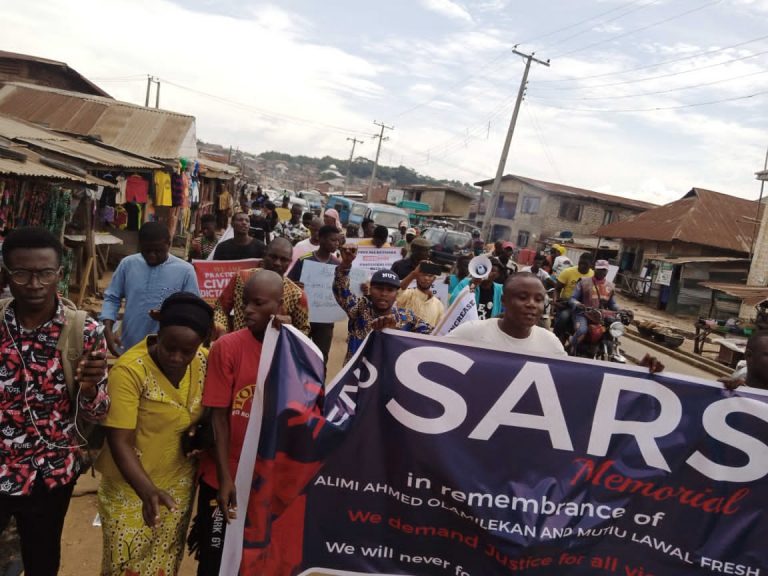 Some protesters under the aegis of #EndSARS Movement on Wednesday stormed streets in Osogbo in commemoration of first anniversary of the demonstration against police brutality in the state.

The protesters, who took off about 12pm at Ita Olokan Area, went through Station Road before heading to Freedom Park, Osogbo, demanding an end to police brutality and asking for good governanceThe leader of the protesters, Victor Lijofi, in a chat with The PUNCH, accused police of cordoning off the initial convergence point for the protest.