“You’re all jealous” – 18-year-old Lady who married her Godfather, 61, responds after her mother released a video slamming her marriage

An 18-year-old lady who married her 61-year-old godfather has addressed those criticizing her, asking them to mind their business.

The young lady identified as Deja married her godfather, Michael Haugabook a father of three shortly after she clocked 18.

It was gathered that Michael has been a part of Deja’s life right from when she was born. A photo of him carrying Deja when she was a toddler was shared on social media.

Netizens also dug up an old post of Michael begging people on Facebook to help find his goddaughter when she went missing at age 14.

However, Deja’s mum who is said to have also dated Michael before, reacting to her daughter’s marriage to her godfather rebuked the union.

According to Davina Evans, Michael’s children, who used to see Deja as their cousin and Godsister are now confused and don’t know whether to call her their cousin, their Godsister, or their stepmother. 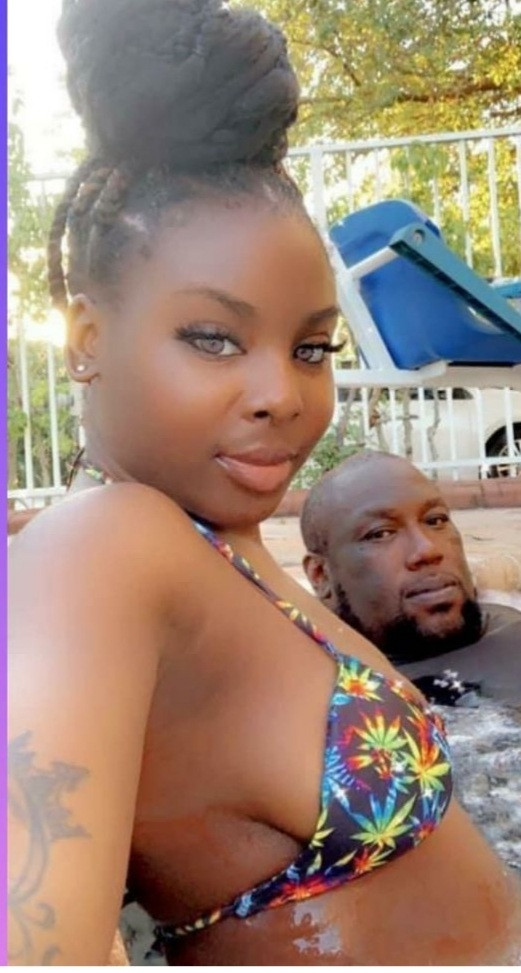 She told those calling her husband a predator to mind their business because he’s her predator, not theirs.

She averred that she’s 18 and old enough to make her decision, hence, it was her decision to marry an older man because younger men don’t know what they want and they go from one woman to another. 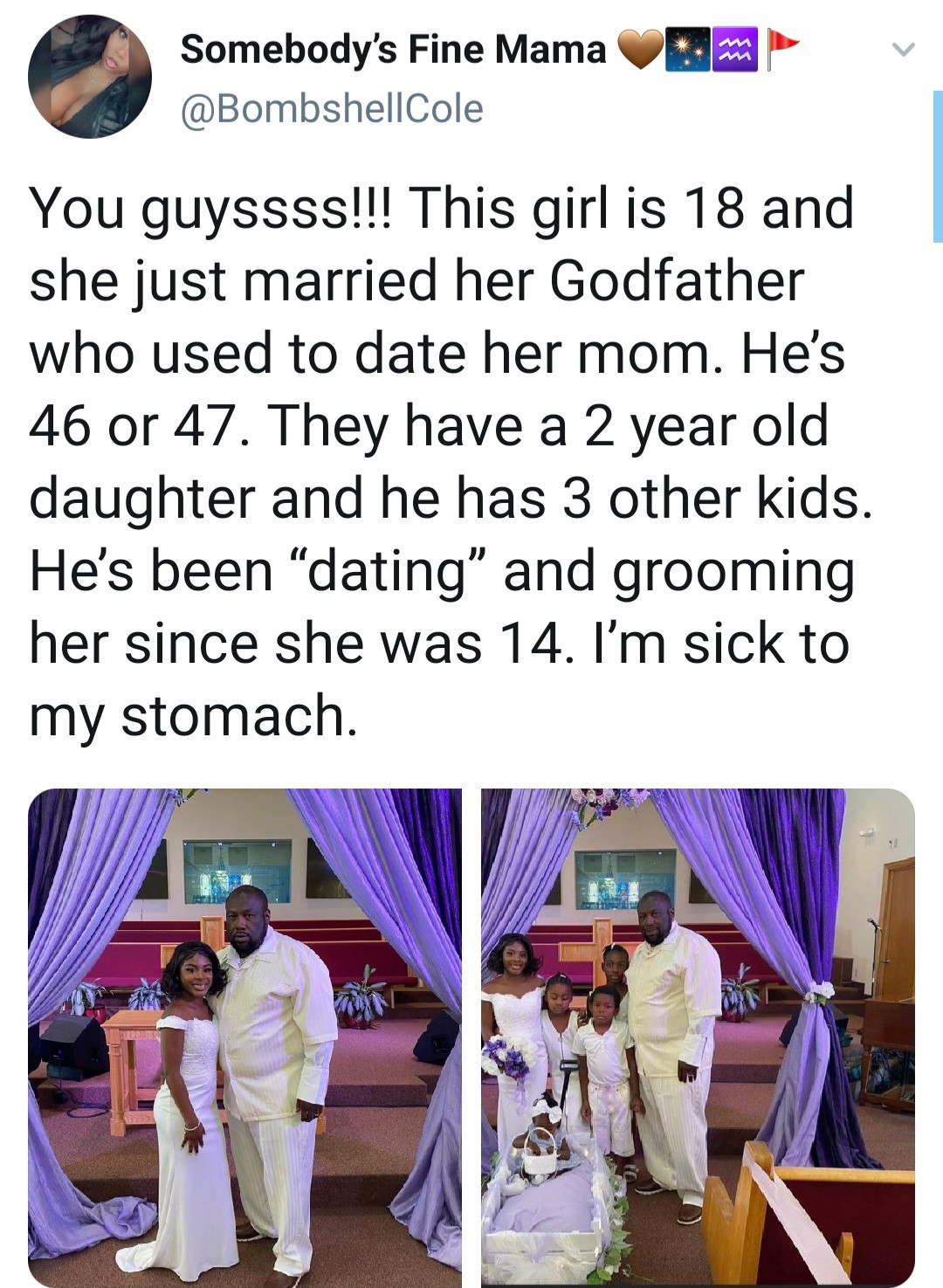 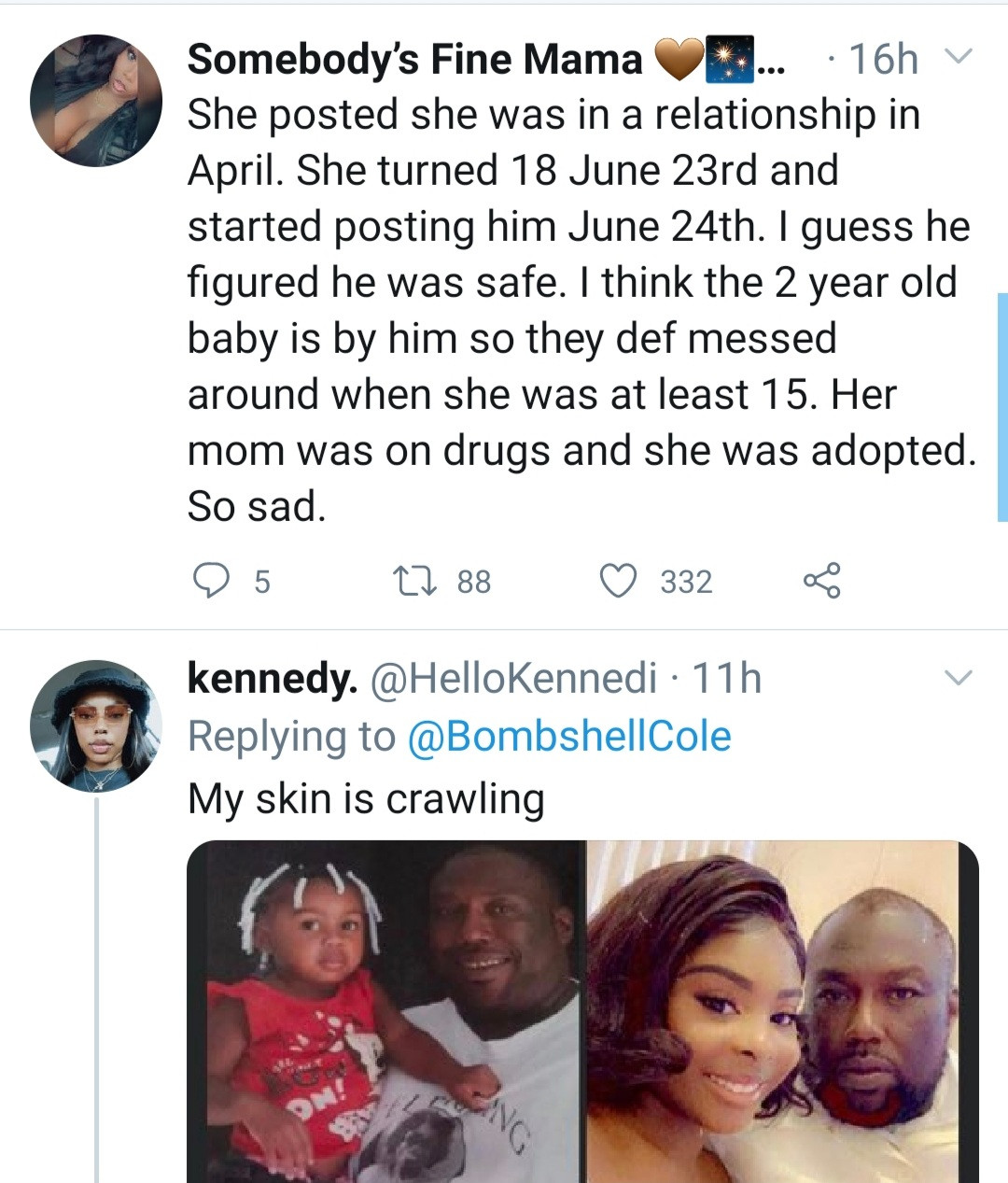 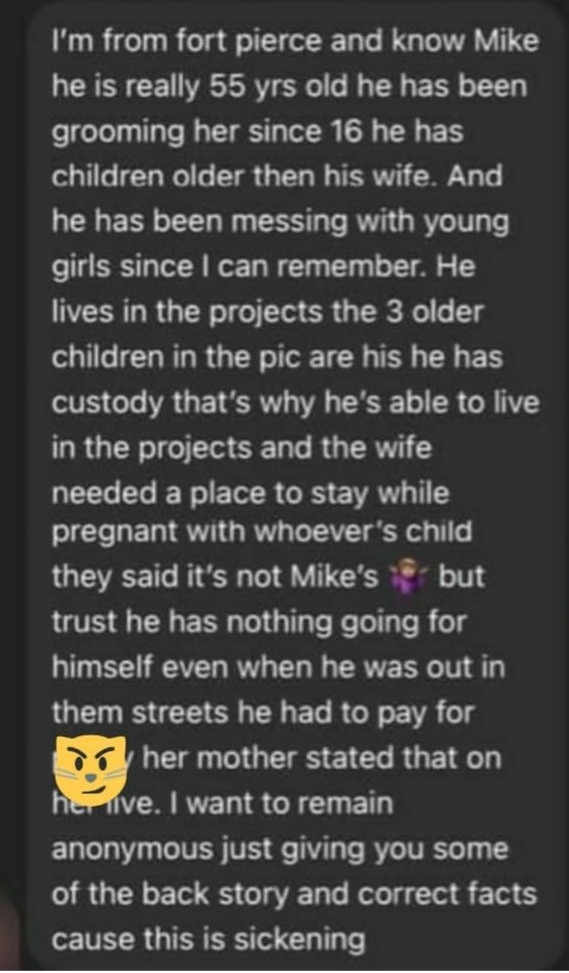 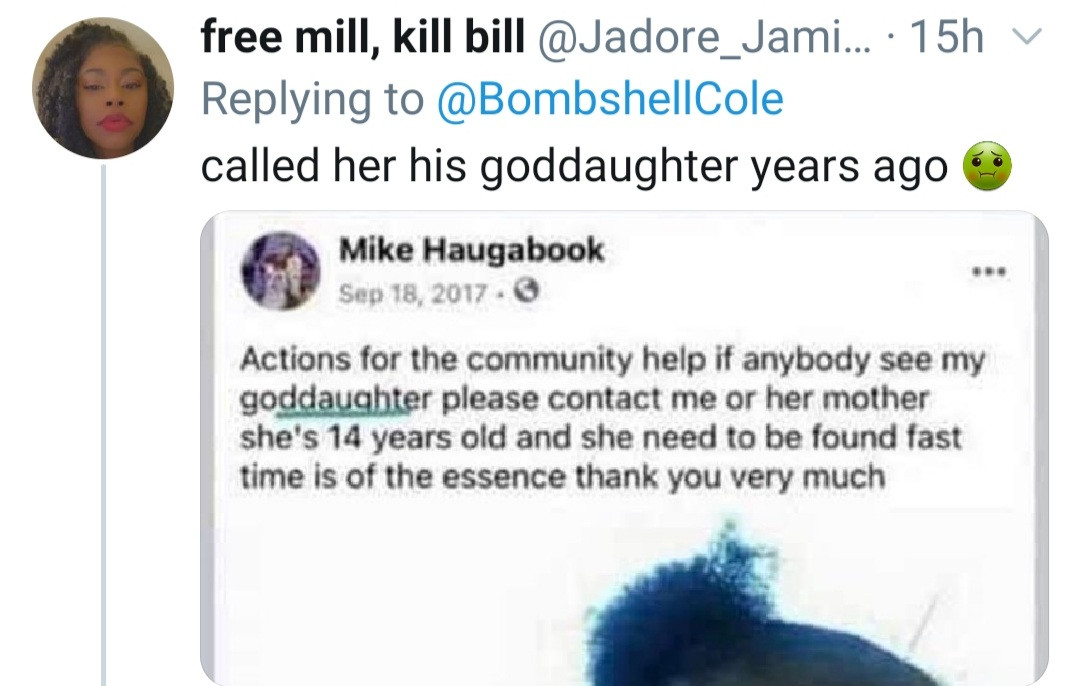 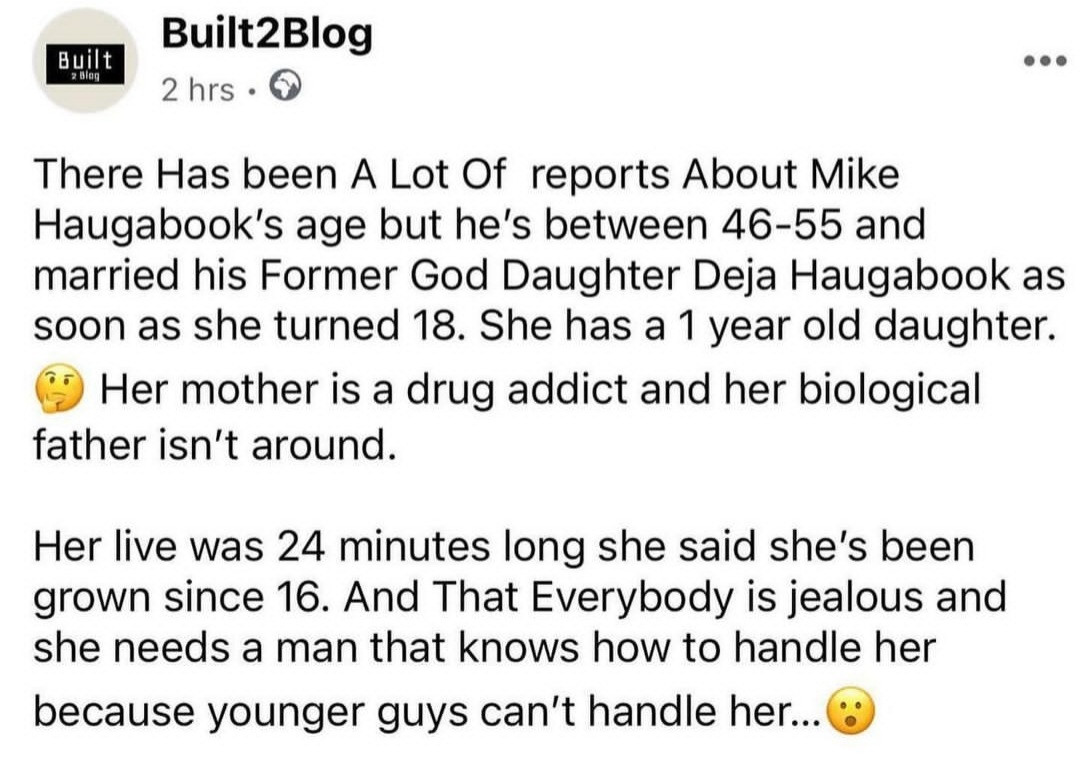 0
Previous post Sunday Igboho followers joins protest in Oyo • Protesters demands release of detainees By Sola Isola, Ibadan. Several followers of the detained Yoruba Nation agitator and activist, Sunday Igboho have joined in the ongoing EndSARS memorial protest happening in Ibadan. Scores of EndSARS protesters have taken to the streets of Ibadan, the Oyo state capital in commemoration of the first anniversary of the protest and were later joined by Igboho followers with a banner “Free Chief Sunday Igboho”. The protesters converged at Iwo road roundabout, Ibadan, before marching through the streets of Ibadan. Our Correspondent observed that heavily armed Policemen are around monitoring the flow of the protest as the protesters sing and raise different placards and chant “EndSARS now”. While speaking to newsmen, the protesters demands the release of all protesters who have been detained since the protest held last year, accusing the government of not being upright. They stressed that government should not only prosecute protesters arrested but also prosecute Policemen who shot at protesters as well adding they will not back down until all detainees are released.
Next post No court order can stop the strike, we are open to dialogue – Cross River Labour
Admin