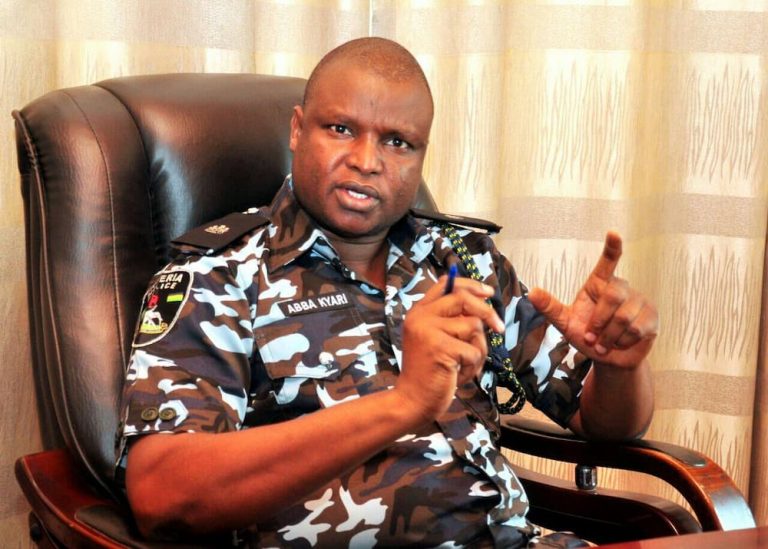 The Nigeria Police Force, on Monday, accused some officials of the National Drug Law Enforcement Agency at the Akanu Ibiam Airport, Enugu, of being on the payroll of some international drug barons barely hours after the NDLEA declared the suspended Commander of the Police Intelligence Response Team, Abba Kyari, wanted for alleged drug trafficking.

Trouble started around 1pm when the NDLEA Director of Media and Advocacy, Mr Femi Babafemi, held a press conference in Abuja, where he alleged that Kyari was a member of an international drug cartel.

Babafemi said Kyari, who was suspended by the police last August for his alleged links to international fraudster, Ramon Abass, aka Hushpuppi, attempted to sell part of the cocaine, which was seized from some drug dealers.

Babafemi said, “Some law enforcement agents, who should be partners in the pursuit of the President’s mandate, are at the forefront of breaking the law, as they aid and abet drug trafficking in the country.

“Today, we are forced to declare one of such law enforcement agents wanted in the person of suspended DCP Abba Kyari, the erstwhile Commander of the Intelligence Response Team at the Force Intelligence Bureau of the Nigerian Police Force.”

The NDLEA spokesman said on Friday, January 21, 2022, Kyari initiated a call to one of the agency’s officers in Abuja around 2.12pm, adding that when the officer returned the call two minutes later, the former IRT boss informed him that he was coming to discuss an operational matter with him after the Friday prayers.

Babafemi stated, “He (Kyari) appeared at the agreed venue of the meeting with the officer and went straight to the crux of the matter.

“In the meantime, the purloined cocaine will be replaced with a dummy worth 15kg. He asked the NDLEA officer to persuade men of the FCT Command to play along as well.”

Babademi added, “At this point, Kyari disclosed that the 15kg (already taken out) was shared between the informants that provided information for the seizure and himself and his men of the IRT of the Nigeria Police.

“He said the informants were given 7kg, while his team took 8kg, which was already sold. He then offered to pay the NDLEA team (that is the officer and the FCT commander) by selling, on their behalf, half of the remaining 10kg, thereby further reducing the original cocaine for the prosecution to just 5kg.

Babafemi also said Kyari put pressure on the NDLEA officer to wrap up the arrangement with the commander of the FCT Command to take custody of the drug and the suspects from his men, who were on the ground in Abuja.

He said at that time Kyari was speaking from Lagos, where he allegedly travelled for private business.

The NDLEA spokesman stated, “The next day, January 25,  Kyari offered to send his younger brother to deliver the payment, while his men deliver the suspects, but our officer turned down the suggestion, insisting that he would rather deal with him in person and was therefore prepared to wait for him to return from Lagos.

“And by 5.23 pm, Kyari was in Abuja and met with the officer at the same rendezvous where they had the first meeting. In their discussion, he disclosed how his team received information from a double-crosser, who betrayed the traffickers to him, showing a sordid connection between law enforcement agents and the drug underworld; he narrated how acting on the tip-off, his team departed Abuja to Enugu and arrested the traffickers, removed parts of the consignment on his instructions and replaced same with dummies.”

According to Kyari’s plan, once the 5kg cocaine has been tested in the presence of the suspects and confirmed positive, there will be no need to test the remaining ones, being dummies.

“He also brought with him the money from the sale of the 5kg share of the NDLEA team, a total of $61,400. Our officer, however, preferred to take the money inside his car. Well, the car was wired with sound and video recorders,” Babafemi added.

He subsequently played a video to journalists showing a man believed to be Kyari discussing with the NDLEA officer in Hausa language.

The NDLEA spokesman said after the operation, the agency invited Kyari, but he refused to show up, adding that he was subsequently declared wanted.

Babafemi said, “The suspects and drugs were delivered to us on February 8, but the last part of the process, which is yet to be completed, is the debriefing of Kyari.

“Having failed to honour the official invitation, the NDLEA has no option but to declare DCP Abba Kyari of the Nigeria Police Force wanted right from this very moment.

“With the intelligence at our disposal, the agency believes strongly that DCP Kyari is a member of a drug cartel that operates the Brazil-Ethiopia-Nigeria illicit drug pipeline, and he needs to answer questions that crop up in an ongoing drug case in which he is the principal actor.”

Moments after Kyari was declared wanted, however, the NPF, through the Force Public Relations Officer, Muyiwa Adejobi, issued a statement, which stated that the Inspector-General of Police, Usman Baba, had ordered an investigation into the matter.

The police noted that Kyari, who is still on suspension, continued to run operations with the IRT, which resulted in the arrest of some drug dealers.

According to Adejobi, the drug dealers in question were allowed to bring in cocaine through the Enugu airport with the connivance of NDLEA officials.

The Force subsequently called on the NDLEA to also arrest its officials on the payroll of drug barons.

The statement read in part, “In line with standard administrative procedures of the Force, the Inspector-General of Police has ordered a high-level, discreet and in-house investigation into the allegations.

“The interim investigations’ report revealed that two international drug couriers identified as Chibunna Umeibe and Emeka Alphonsus, both males, were arrested at the Akanu Ibiam International Airport, Enugu, on January 19, 2022 upon their arrival from Addis Ababa aboard an Ethiopian Airlines flight ET917.”

The police stated that the arrest led to the recovery of a substantial quantity of powdery substance suspected to be cocaine from the two.

Adejobi added, “The two arrested drug couriers confirmed that the modus was for the transnational drug barons to conspire with the NDLEA officers on duty and send them their pre-boarding photographs for identification, seamless clearance and unhindered passage out of the airport with the narcotics being trafficked.

“The two arrested drug couriers also confirmed that they had been enjoying this relationship with the NDLEA officers at the Akanu Ibiam International Airport since 2021 and had in this instant case January, 19, 2022, been identified and cleared by the NDLEA officers as customary, having received their pre-departure photographs and other details prior to their arrival in Enugu, and were on their way out with the narcotics when they were apprehended by the police.”

The police explained that although the case and the two suspects were subsequently transferred to the NDLEA on January 25, 2022, the findings of the in-house investigation ordered by the IG established reasonable grounds for strong suspicion that the IRT officers involved in the operation could have been involved in official corruption, which compromised ethical standards in their dealings with the suspects and the exhibits recovered.

According to the statement, the police investigation report also indicted Kyari, who has been on suspension for his alleged involvement in a different fraud case being investigated by the Federal Bureau of Investigations.

“It is to be emphasised that DCP Abba Kyari’s involvement in these allegations occurred while his suspension from service was subsisting,” the statement read.

The NPF subsequently arrested all the police officers involved in the case, including Kyari, and handed them over to the NDLEA for investigation.

The four other officers arrested were identified as Sunday Ubuah, ASP Bawa James, Inspector Simon Agrigba and John Nuhu. Another officer, ASP John Umoru, is said to be at large.