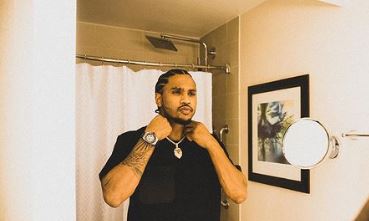 American singer, Tremaine Neverson, professionally known as Trey Songz, has reacted to the rape allegations made by an anonymous woman who slammed a $20m suit against him for damages.

In the lawsuit document obtained by TMZ, the victim alleged that Trey Songz invited her to a house party in Los Angeles in 2016 where he raped her.

Reacting to the allegation, a rep for the singer said, “Earlier today, the attorney who drafted this suit was credibly accused of trying to pay a woman to falsely accuse Trey.

“Hours later, that same attorney has filed this suit on behalf of an anonymous client. It isn’t hard to see what’s happening here, and it is a shame for genuine victims of sexual assault.”

Denying the claims, the rep said, “The allegations in this complaint are false. Trey looks forward to having the facts fully aired.”

The woman’s attorney, Ariel Mitchell, was also representing two women who were suing the singer for alleged sexual assaults in Miami and New York.

Reacting to claims from Trey Songz team concerning the cases, Mitchell said, “Victims are coming forward every day. Just know you are not alone, and this behaviour is unacceptable. George Vrabeck and I will not be deterred by bullying or intimidation tactics and will continue our pursuit of Justice for sexual assault victims of Trey Songz.”

Mitchell and Vrabeck were both attorneys for the anonymous lady who had sued another American singer, Chris Brown, for sexual assault and had also demanded $20m for damages last month.

Barely a month ago, Basketball star, Dylan Gonzalez, had accused Trey Songz of raping her, adding that she was going through post-traumatic stress disorder.