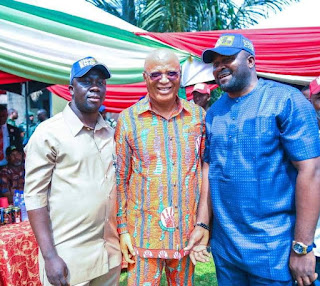 CONNECTING THE DOTS: WHY AKWA IBOM ENTERTAINMENT INDUSTRY WILL BOOM WITH UMO ENO AS GOVERNOR

The People’s Democratic Party primaries in Akwa Ibom State will signal a new beginning, it is the process leading to the emergence of a new leadership in the state, with the emerging candidate having a direct impact on all sectors of the economy, the entertainment industry inclusive.

Apart from banking, sports and other industries which are rigid, but also paramount to the effective running of other sectors of the economy, the decision to bring the entertainment part of the tourism industry to the forefront of this article, is due to the important role it plays in the tourism industry, job creation, youth development and income generation for government. 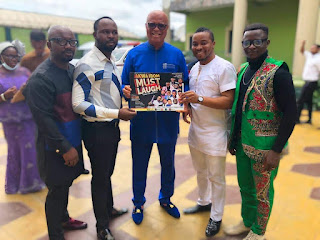 For stakeholders and practicioners in the entertainment industry, the beats or genre may change, but the music must continue to play. The sound is sweet to hear, as entertainers clamour for a leader who understands the power of taping into a multimillion dollar industry, by harnessing the talents of the youths.

It is no more news that Akwa Ibom State is the culinary capital of Nigeria, with a rich array of delicacies, just as the state positions itself as the best destination in Africa for business and leisure, the entertainment industry must also be positioned to complement it and serve the influx of visitors to the state with quality entertainment. 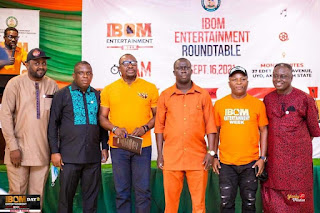 Entertainment is an important component of the tourism industry. Tourism and entertainment industry is an important component in the world’s service sector. Take india for instance, tourism has help revamp the economy in India. It has generated income, resulted in poverty alleviation and has generated great number of jobs. The tourism industry in India generated about US$100 billion in 2008 and that has increased to about US$275.5 billion by 2018 at a 9.4% annual growth rate as projected.

Recreation and entertainment sector accounts for 24% of tourism jobs, and 24% of forecast new job openings. A key component of the tourism industry is attractions, which offer visitors a chance to explore the sights, facilities and wonders of their destination, to learn more about the people and their culture.

Entertainment tourism is receiving more attention, not only from practitioners, but also from academics and government. Maximizing youthful potential and talents, as seen in the engagement of young people (precisely entertainers) in key offices of government. 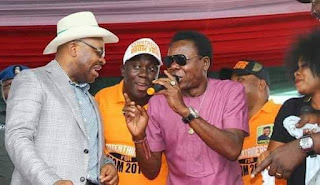 In Akwa Ibom State, it began in the era of Governor Udom Emmanuel, who in his first term, the first ever special assistant to governor on entertainment was appointed, a comedian, in person of David Sergeant (Utang Akwa Ibom) and in his second term, he shocked entertainers with an additional appointment of a special assistant on talent hunt, an actor, Emmanuel Owuala (Emma Solution). Asides the two specialized portfolios, well over eight entertainers were also appointed into several other offices.

Governor Emmanuel understood the relationship between tourism, entertainment and economy, but here we are, fast approaching an election year, making it important to examine what the future holds for the entertainment industry in the state, under the leadership of whoever emerges as flag-bearer of the PDP and subsequently, Governor of Akwa Ibom State. 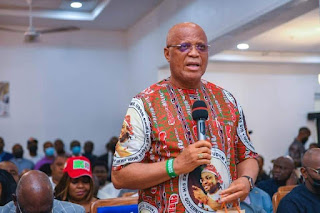 The hospitality and entertainment industry is a service-based super sector that provides recreational activities and offers accommodations to a large volume of patrons. When we talk about entertainment, we are referring to a type of amusement, or the action of providing an activity for this purpose. While a tourism attraction is something that usually draws attention to somewhere, or something. So you see, that for a state like Akwa Ibom, blessed with numerous attractions, it is important to ensure that when the visitors arrive, they are entertained.

The successor of Governor Udom Emmanuel will be stepping into a big shoe, left with no other choice than to build on the legacies of his predecessor. This means that for the gains to be consolidated and continuous, the successor must favour the industry and give it a place of priority.

The experience ganered by Pastor Umo Eno in the  hospitality sector spans decades. Since the 90s, he had invested in building one of the biggest hospitality firms in Eket, Royalty Hotels. He also served as Chairman of Akwa Ibom State Hotels & Tourism Board at some point. One can be confident that he will bring his experience to bear when elected as governor of the oil rich state, his anticedents speaks for him, as he has supported numerous entertainment events nicodemusly, interestingly, he is a patron of Ibom Comedians Guild (ICG) the umbrella body of comedians in the state.

I am aware that Pastor Umo Eno has also sponsored several entrepreneurial development programs for youths in the state, who are willing to take on their future using their talents or skills. Connecting the dots therefore means that, given more resources and a higher office, he will deploy his understanding of the several sectors that make up the industry and maximize their potential for the collective good of Akwa Ibom State and her talents.

Every entertainer who is a delegate, or has relatives who are delegates, should give this a deep thought and make an informed decision, supporting the entertainment industry is beyond throwing money around for artistes, it’s about creating structures that will leave legacies, make show-business thrive and export the talents & contents for consumption of the diaspora market.