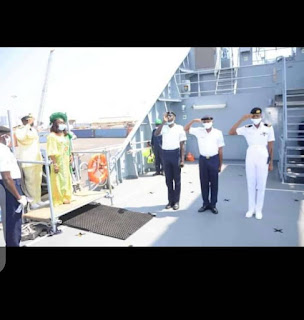 The Nigerian Ambassador to Angola, Prof. Monique Ekpong on Tuesday, May 17, 2022 received the Nigerian Navy new Tank Landing Ship which stopped over in Angola, with just one stopover before the final destination which is Lagos, Nigeria. 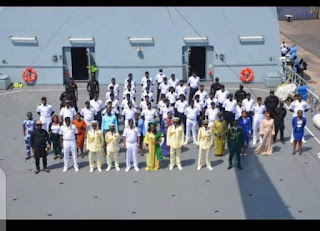 The Nigerian Diplomat & author, Prof Monique received the Nigerian Navy Tank & Crew with a full guard of honour and wished the team a smooth sail to the shores of Nigeria.