Angry Muslim youths are said to have stormed a Bauchi community in search of a woman accused of blasphemy.

The alleged lady, a government employee from Gombe but married in Warji, a local government area in Bauchi, allegedly shared a video on social media in which a convert spoke about the Prophet of Islam.

Muslim youths went in search of the woman after Friday’s Juma’at prayers. They went on a rampage, destroying Christian property in the area, when they couldn’t find her.

According to viral reports, the attack severely injured a number of Christians, including the pastor of an ECWA church. 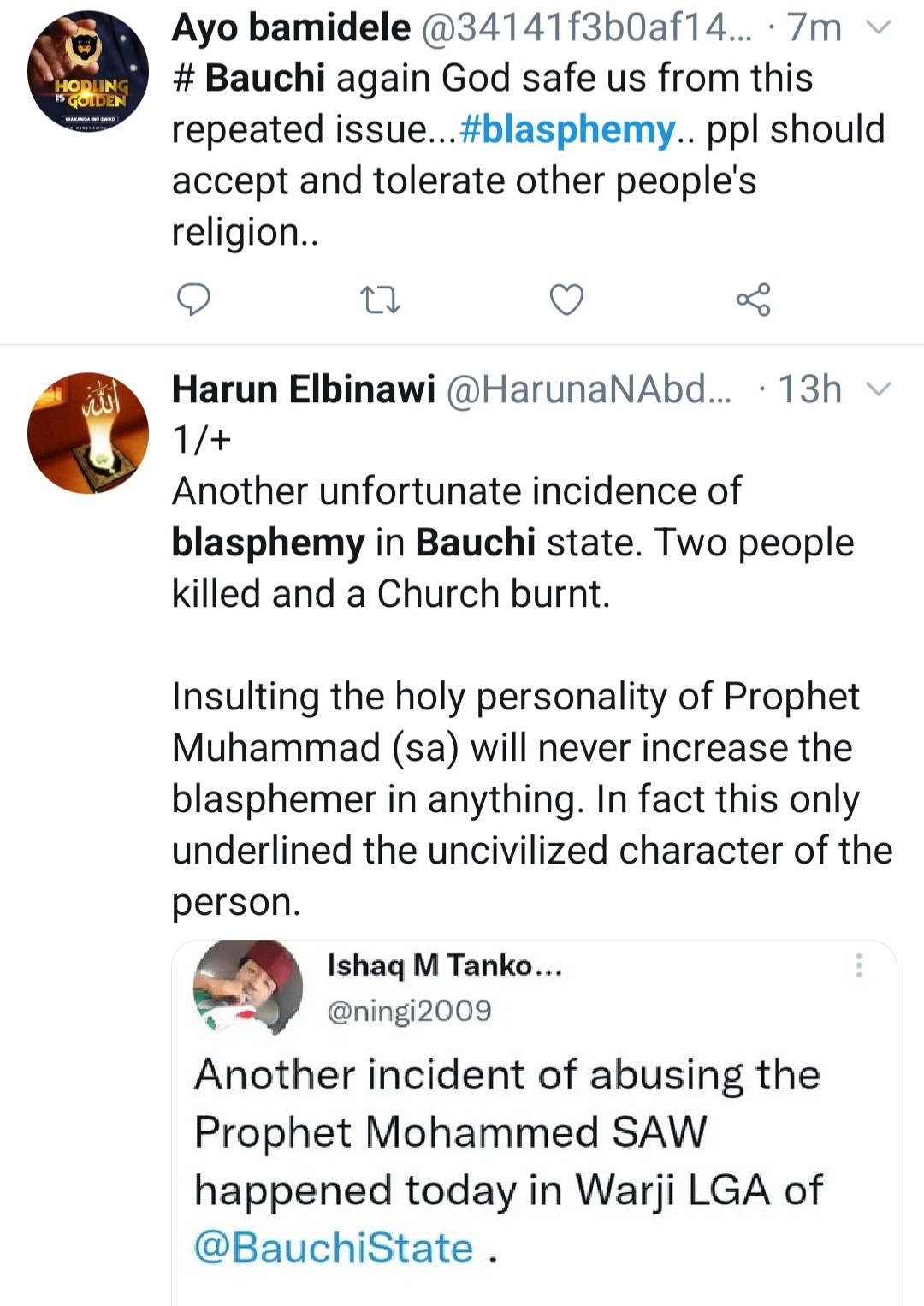 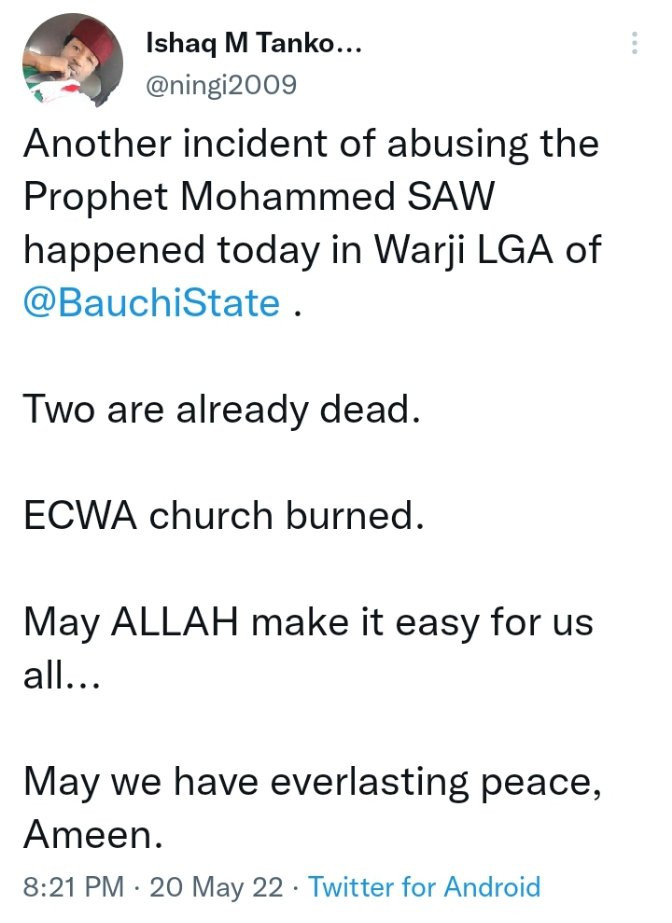 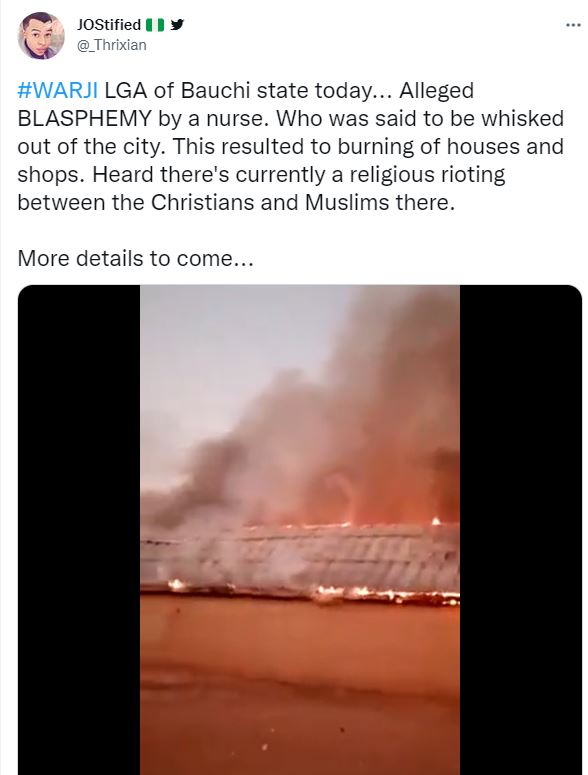 This comes just a week after Deborah Samuel, a student at Shehu Shagari College of Education in Sokoto, was lynched and set on fire by her classmates for alleged blasphemy.

Deborah, a 200-level Christian student at Shehu Shagari College of Education in Sokoto, was beaten to death and burned on the school grounds on Thursday, May 12, for sending a ‘blasphemous’ voice message to her department’s group chat.

Her ashes were interred in her hometown of Tungan Magajiya in the Rijau Local Government Area of Niger State.

0
Previous post “Funke Akindele and her husband both cheat on each other, and their marriage is in trouble,” JJC Skillz’s son Benito reveals (Video)
Next post Zainab’s Danish husband was sentenced to death by hanging for killing her and their daughter.
Admin