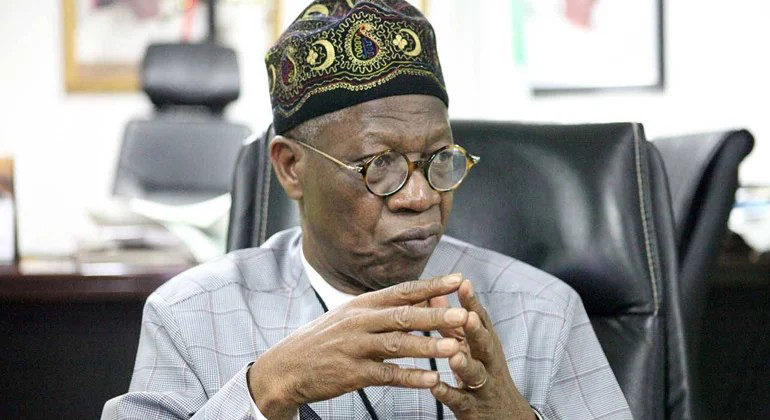 A rights activist, Paul Njoku, on Friday, challenged the Federal Government to channel its energy to the fight against terrorism and not the media.

He was reacting to threats against some media organisations which recently released detailed documentaries where some notorious terrorists were interviewed.

The Minister of Information and Culture, Lai Mohammed, had said the government would punish the British Broadcasting Corporation and Trust TV over what it described as unprofessional airing of different documentaries which glorified terrorists and capable of fuelling terrorism in Nigeria.

According to him, the Federal Government had taken note of ‘’the unprofessional documentary by the BBC, Africa Eye, where interviews were granted to bandit warlords and terror gangs, thereby promoting terror in the country.’’

But Njoku, in a statement, faulted the comment by Mohammed, saying it was not in order in a disastrous government causing murderous damages to the lives and property of the Nigerian people.

Njoku said the threats by the present government was an attempt to transfer its failures and aggression to the innocent press.

He said, “The Minister of Information, no doubt, utterly lacks the diligence to manage public discourse and information

“It is unacceptably sad that Mohammed relishes gagging the media and incessantly transferring his aggression to the innocent press.

“I, therefore, urge him to take the battle to the murderous terrorists and bandits than ceaselessly stifling the media same way he did during the #EndSARS 2020 protest.

“He should be told that the media is universally protected by the international laws to dutifully cover war news, conduct interviews and run documentaries with any group of people or persons for public consumption and education.

“The Federal Government should protect and appreciate the BBC and Daily Trust for their courageous documentaries on bandit terror warlords.

“Mohammed should be aware that even International Humanitarian Law protects journalists in armed-conflict situation.

“Is the Federal Government saying that journalists should not do their job again? Why is the government sad over the documentaries? Are they hiding something we do not know?

“The Buhari government should be told that Article 79 of the API to Geneva Conventions (GC) provides that ‘Journalists engaged in dangerous professional missions in areas of armed conflict shall be considered as civilians’ and ‘be protected as such under IHL’.

“The media is not the cause of the incompetence of this government where terrorists are visibly disgracing the Nigerian space with gruesome and open terror attacks. Enough is enough!”

Next post Video: Suspected Yahoo boy allegedly kills his girlfriend and buries her in his room in Bayelsa
Admin