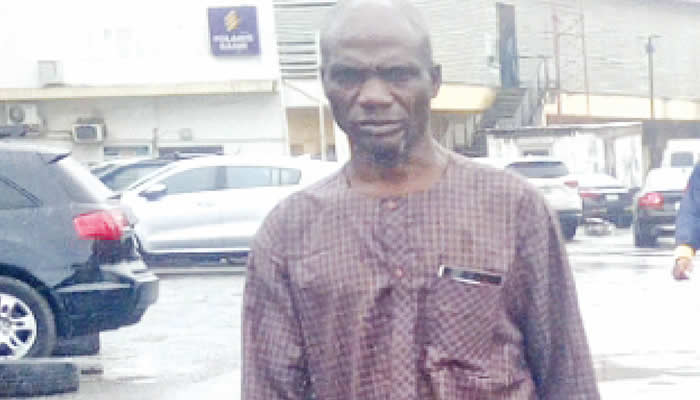 An Ikeja Special Offences Court on Thursday sentenced a 52-year-old- man, Akin Isaac, to 21 years for raping his 18-year–old daughter for 12 years in Lagos State.

Justice Oluwatoyin Taiwo sentenced the convict to 21 years imprisonment following his plea of guilty to the one count preferred against him by the Lagos State Government.

During the arraignment, the state’s prosecution counsel, Omowumi Bajulaye-Bishi, told the court that Isaac defiled his daughter from age six to age 18.

According to the prosecution, the offence committed contravened Section 137 of the Criminal Law Cap C.17 Vol. 3 Laws of Lagos State, 2015.

In her judgment on the plea bargain agreement the convict signed with the state, the judge said the 21 years proposed sentence by the ministry of justice was too small to the offence which carried life imprisonment.

She held, “I knew this case very well, I could remember the survivor was crying when giving evidence before the court that she had abortion and how the defendant had beaten her.

“The prosecution had called four witnesses who testified against the defendant. The defendant initially pleaded not guilty.”

Earlier Justice Taiwo who handed down the sentence to Isaac had also directed the court registrar to put the defendant in the witness box to go through the process of plea bargain wherein he was asked whether he was forced or coerced by anybody whatsoever to change his plea from not guilty to guilty.

Isaac answered that he decided to change his plea. He started pleading with the court to have mercy on him.

However Bajulaye-Bishi , while reviewing the facts of the case, said between 2014 and 2020, the defendant was having unlawful sexual intercourse with his daughter which resulted into at least one pregnancy.

“The defendant also attempted to procure abortion for her and regularly administer drugs to her to prevent pregnancy.

Consequently the court admitted the convict’s plea of guilty and sentenced him to 21 years imprisonment.