What is your name and what do you do for a living?

My name is Segun Oluwole; 46 years of age. I am a Christian and I attend CAC.  I am a government worker; Abeokuta South Traffic Mayor; and I also have a shop at White House, Amolaso area where I sell phone accessories.

Tell us about your family.

My father was a policeman, he was shot dead in an armed robbery attack in 2000, while my mother is an herbalist and she stays at Ijoko-Ota, Ogun State. I am married and blessed with five children – three girls and two boys. My current wife has four children for me while my first wife is the mother of my first child, who happens to be the victim in question. She is 17 years old. My last child is two years of age.

Where is your first wife now?

My first wife, Dorcas is her name, or Azeezat, as my mother fondly called her. She is the girl’s mother; she is from Republic of Benin. I met her through her elder brother in Lagos. The elder brother was a private car driver, who was my close friend. So, I was able to meet her through her brother.  She had come to work in Lagos for a little while at that time when I got attracted to her. Hence, we dated for a while and while we were working on making our relationship formal through marriage, she became pregnant.

Having impregnated her, I was forced to meet her people in the Republic of Benin and told them I was responsible for their daughter’s pregnancy. After meeting her parents, she came to stay at my mother’s place in Ifo, Ogun State, so that my mother could help take care of her and her pregnancy.

When and why did you separate from your first wife?

We separated in 2007 as a result of language differences, and ever since then, we had yet to set eyes on each other. I heard she has remarried to another man ever since and they are living together.

Did she leave your daughter with you while she was going away?

You have been accused of raping your daughter. Did you really do it?

Yes, but it was the work of the devil.

How did it happen?

The incident happened five days ago. She had just returned from my mother’s place. It was late night when it happened. Although, we all – myself, wife, five children – live in a one-room apartment. Everyone was fast asleep when I suddenly woke up to commit the act.

What did you do?

I released on my daughter thigh. I did not penetrate; I don’t know what actually woke me up and led me to do such a thing; it is still mysterious to me.

My daughter then woke my wife up to report what I had done to her. Not long after that, she came in with men of the So-Safe Corps and I was taken to the police station.

What time did the incident happen?

The incident happened around past 11 that night. We returned from my shop that evening, had dinner and we all went to bed. I woke up not long after everyone had slept. I released on her.

How were you able to carry out the act without anyone else in the room waking up?

No one woke up because she didn’t shout. It was a non-penile intercourse, which didn’t make it hurt her to the extent that she would scream. She only woke up when I released on her laps. She woke up when she felt it on her laps and woke my wife to inform her about what had happened.

Does your wife deny you sex?

No, she doesn’t; she allows me to have sexual intercourse with her anytime I have the urge.

Do you visit prostitutes?

No, I don’t visit prostitutes; I have never done it because I don’t like such a thing. Honestly, I am not a promiscuous person and I am satisfied with my wife. That is why I have five children. In fact, my last child is two years old.

Do you regret your actions?

I am highly regretful of my actions. I have been hearing this kind of news on radio and television, and I consciously rebuked the perpetrators. I never imagined myself being involved in this kind of a situation.

I have regrets, especially because this happened from me to my own daughter. This is something I will never even do to another man’s daughter. I am really regretful of my actions.

What do you think will happen to you now?

What has been your experience in the police cell?

As I was given birth to by my father and mother, I also gave birth to mine, which is my most cherished legacy, but I tarnished the beauty with my own hands.

Are you pleading for a second chance?

If I can get a second chance, in fact, whoever advocates or helps me to get that privilege would find the mercies of God for the rest of his/her life. Getting a second chance would mean a lot to me because I can promise that I would never be found or caught in such an act again because I honestly cannot say what led me to do it in the first place. It was as if I was under a spell or a force I couldn’t control.

What do you mean by being under a spell?

Well, there’s a lot to say on this but I will just say the little I can let out. You know I told you from the beginning of this interview that my mother is an herbalist. If not for my father’s death, I wouldn’t have returned to my mother because my father didn’t want me to have anything to do with my mother because of her religious practice.

The girl had been with her for years, and I don’t know what must have transpired between them, till about two months ago when she suddenly called me that the girl would be coming to stay with me.

I could have run away after committing the crime that very night if it was an intentional act, but all I had in mind was to see my daughter and beg her for forgiveness. At least, it took about 20 minutes before she returned with men of the So-Safe Corps who took me to the station.

What would you like to say to the general public about your actions?

I want to apologise and beg for forgiveness. This is more than a blemish on me as I cannot really explain what led me to what I did. I must say that my action was wrong indeed, however, I want to seek assistance from the government and the general public to come to my aid because if I am imprisoned or jailed as a result of this, it would affect my family and destroy the future of my children as I am the sole breadwinner of the family, providing for my wife, mother and children.

I am the only child my mother had for my father. My mother has seven children from different fathers. Due to my religion and other personal reasons, I have a strained relationship with my mother because of her belief. The girl had to return to my place less than two months ago because of the way she was being treated at my mother’s place. If not for this, my mother would have been supportive of my endeavours. In addition, my wife cannot single-handedly cater for the upbringing of the children, especially for the victim in question because she is not her biological mother.

In fact, she has barely visited me twice since I got apprehended by the police command.

Where is the victim now?

She is doing fine, nothing happened to her. I had confirmed that when I sent my regards home. In fact, we were together at Eleweran Police Station some days ago. I believe she is at home, either at my place with my wife and her other siblings or at my mother’s, whichever way, I am convinced she has no health issues.

Previous post Suspend me if you can, Wike dares PDP 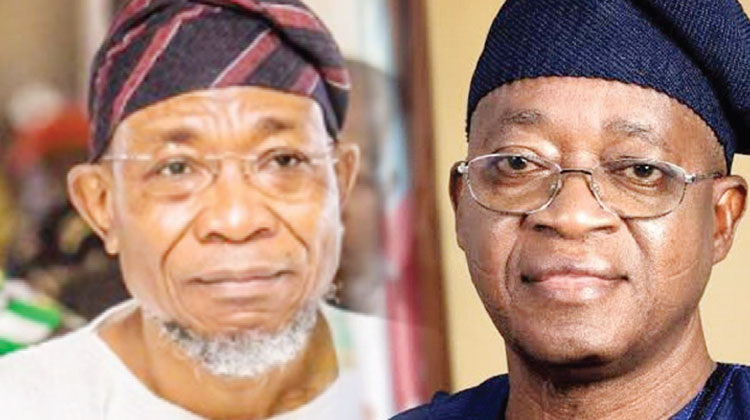