OSOGBO — Governor Ademola Adeleke of Osun State and his predecessor, Mr Adegboyega Oyetola, yesterday, clashed over the number of workers employed in the twilight of the government of the latter.

They also disagreed on issuance of Executive Orders and sacking of monarchs.

While the Peoples Democratic Party, PDP, accused Oyetola of employing over 12, 000 workers before vacating office, spokesperson to the former governor, Ismail Omipidan, challenged the Adeleke administration to publish the list of the 12,000 workers, saying the figure was unfounded.

It was gathered that the Oyetola administration employed 2,400 teachers in primary and post-primary schools across the state, while some contract staff were regularised across ministries and parastatals, apart from the Osun Youth Empowerment (Volunteer) Scheme.

But Governor Adeleke’s spokesperson, Olawale Rasheed, who featured on a Rave FM talk show, yesterday, said the administration has not sacked any workers nor dethroned three monarchs in the state.

Rasheed clarified Executive Order number 3 on Employment, which states that “all employments in the service of Osun State Government made in any capacity into any capacity in all the Ministries, Departments, Agencies, Commissions, Boards and Parastatals after July 17, 2022 be and are, hereby, nullified.

Clarifying Executive Order 4 on Appointments, he said; “All appointments in the service of Osun State Government made in any capacity into any capacity in all the Ministries, Departments, Agencies, Commissions, Boards and Parastatals after July 17, 2022, be and are hereby reversed.

Similarly, on Executive Order number 5 on Chieftaincy Affairs and appointment of traditional rulers, he said; “All appointments of traditional rulers made by Osun State Government after July 17, 2022, are, hereby, ordered to be reviewed to ensure there was strict compliance with due process of chieftaincy declarations and native law, custom and tradition relating to such chieftaincies.

”In the case of Ikirun, Iree and Igbajo, to avoid further breakdown of law and order, the appointments of Akirun of Ikirun, Aree of Iree and Owa of Igbajo are hereby put on hold, pending review.

”Subsequently, the palaces of Akinrun of Ikirun, Aree of Iree and Owa of Igbajo should remain unoccupied, while security agencies are hereby ordered to take charge.”

On Executive Order number 6 Setting up Review Committees, he said; “In line with the executive orders Nos 2, 3, 4 and 5 already issued by me, I, hereby, order the set-up of a Review Committees.”

Speaking on the radio programme, the governor’s spokesman said Executive Orders 3, 4, and 5 were subjected to the instrumentality of Order 6

His words: “There was never sack of any worker or traditional ruler. We only set up a review panel, it is impossible to sack and put a review panel in place.

“The review panel is to look at the numbers of the people that were employed, due processes of the employment, and qualification among other things.

“The executive orders are like a package, the initial orders read out the intentions of the administration to review, nullify, set aside and all those, but, the instrumentality for effecting 1, 2, 3, 4 and 5 Orders were now the Order 6, which is the panel. This is why we are ordering a staff audit. It will look into activities from July 17th till we took over.

“Those that were employed from July 17 till now are still at work presently, they have not been sacked. The staff audit will review their employment.”

Oyetola, in a statement by his spokesperson, Ismail Omipidan, said: “The claim by the Osun Governor, Senator Ademola Adeleke, that the immediate past governor employed 12, 000 workers is not only false but unfounded.

“I, therefore, challenge the state government to publish the list of the purported 12, 000 workers. What is the entire workforce of the state?

“Once a lie is told, you need 1, 001 lies to cover it up. In no distant future, the people of Osun will know who the real liars are.”

Similarly, the All Progressives Congress, APC, in Osun State, yesterday, described the setting up of various review Panels by Governor Adeleke as an afterthought and one designed to arrive at pre-determined outcomes.

The party, in a statement by its Director of Operations, Mr. Sunday Akere, said: “We told you from day one that these people have nothing to offer. We can all see from their first action that they are even confused.

“They had told us long ago that they were coming to sack. They came and announced it. Why set up a panel after taking a decision? What they are doing can be likened to doing ablution after observing prayers. Who does that?

“You have asked traditional rulers to step aside, yet you want a panel to do a review. Are they taking up the role of the judiciary as well because we are aware that some of the cases are already in court? Furthermore, we know for a fact that our government enthroned over 20 monarchs before we left. Why focus on just three? And of these three, one was our former party chairman. Is there no political undertone in all of these?

“Nigerians must be aware that the panels are going to work from the answers. And since the answers are known, why waste taxpayers’ money unnecessarily? The governor should be humble enough to admit his blunders. He appears to lack the basic understanding of how governance works.”

During the swearing-in of members of the panel, Adewusi said setting up the panel became imperative to review actions of the last administration to give the new government insight and enable a smooth take-off.

Highlighting some of the reasons the panel was put in place, Adewusi alleged that some assets and property of the state were mismanaged by the immediate past administration.

Meanwhile, the kingmakers and traditional chiefs in Igbajo, yesterday urged Governor Adeleke not to create crisis in the community over the dethronement of Owa of Igbajo, Oba Gboyega Famodun.

The kingmakers, under the aegis of Owa-in-Council, in a statement by five kingmakers, urged the governor not to be pushed into messy politics, saying the selection and installation of the monarch strictly followed due process.

The statement read: “As kingmakers, we affirmed that the process that produced the king followed all laid down guidelines in the Owa of Igbajo Chieftaincy Declaration. The declaration that has been in use in the town recognizes two lineage viz Omo Owa Oke (with nine ruling houses) and Omo Owa Isale (with seven ruling houses). What the Chieftaincy Declaration stipulates is that if the throne becomes vacant, it will be either the turn of Owa Oke or Owa Isale to fill the vacancy without specifying any order of rotation among the ruling houses.”

However, the ruling houses in Iree were divided over the alleged dethronement of the monarch.

Prince Ali Afolabi, in a statement on behalf of Olubonku ruling house in the town, said: “For us in the ancient town of Iree, the executive order No. 5, as pronounced by Mr Governor, is a very significant intervention that is acceptable and appreciated by the overwhelming indigenes of Iree, both at home and in the Diaspora.

“We are so grateful to Senator Ademola Adeleke for his decision to review the purported installation of a new Aree as we have not hidden our stand that the emergence of Ademola Ponle as Aree of Iree was unlawful, fraudulent and an attempt to rubbish the custom and traditions of the good people of Iree.”

But the Head of Oyekun Ruling House, Iree, Pa Michael Fajinmi, on behalf of the five ruling houses, said Iree community is peaceful and orderly.

He also urged Governor Adeleke to allow the town to enjoy the breathe of fresh air with the new monarch.

Fajinmi said: “We understand your fear as the Chief Security Officer of the state about likely crisis or threat of such, but we are confidently saying that since November 7, 2022, God has enthroned Oba Ademola Oluponnle, Iree has been cool and calm even without the aid of security agencies, which give credence to the fact that Oba Oluponle is the choice of the people.”

Violence in Iwo over NURTW clash

The Osun Police Command, yesterday, said it has arrested three persons in Iwo after members of the National Union of Road Transport Workers, NURTW, clashed in the town in a bid to take over leadership of motor parks from those perceived to be loyal to the APC administration.

One Muri Oko-Ilu was reportedly leading hoodlums to motor parks and commercial motorcycles known as Okada parks, yesterday morning, intending to take over the parks.

Some of the parks attacked include Ori-Eru, Palace junction, and Lagos parks among others.

The hoodlums, who were said to be wielding guns and cutlasses, scared shop owners from their shops and attacked their rivals with cutlasses and dangerous weapons.

About six persons were reportedly injured during the fracas but security operatives restored order in the town.

Meanwhile, Governor  Adeleke while  receiving the Speaker of the State House of Assembly, Timothy Owoeye, in his county home at Ede, yesterday, said he was ready to work closely with the state legislature to deliver on his administration’s five-point agenda.

The governor, who described himself as a man with passion for the legislature, restated his readiness to work with the lawmakers, and commended the excellent partnership between the two arms of government in the state.

In his remarks, the speaker assured the governor of the readiness of the legislature to support his administration to deliver on its promises to the people of the state.

Meanwhile, the lawmaker representing Obokun State Constituency in the Osun State House of Assembly, Adewumi Adeyemi, yesterday, denied claims that the lawmakers sat to resolve the activities of Governor Adeleke.

The House of Assembly, in a statement by its Chairman on Media and Publicity, Kunle Akande, had questioned the propriety of the Governor’s actions over the state name, anthem and the use of state crest.

However, Adeyemi, who was elected on the platform of the Peoples Democratic Party, PDP, in a statement, said the lawmakers did not sit to review the activities of the governor.

The statement reads: “My attention has been drawn to a statement, which reportedly emanated from the Osun State House of Assembly and was signed by Mr. Moshood Kunle Akande.

“As a lawmaker, who attends plenary very well, I, hereby, state unequivocally that the Assembly has not met after the governor’s inauguration. It is also worthy of note that there was no place the resolution was passed by the Assembly. The public, especially Osun people are, hereby, advised to take note of this.”

Vanguard, however, gathered that Governor Adeleke and the Speaker of the Assembly, Mr Timothy Owoeye, yesterday, met behind closed doors over the governor’s inaugural speech and the Executive Orders. 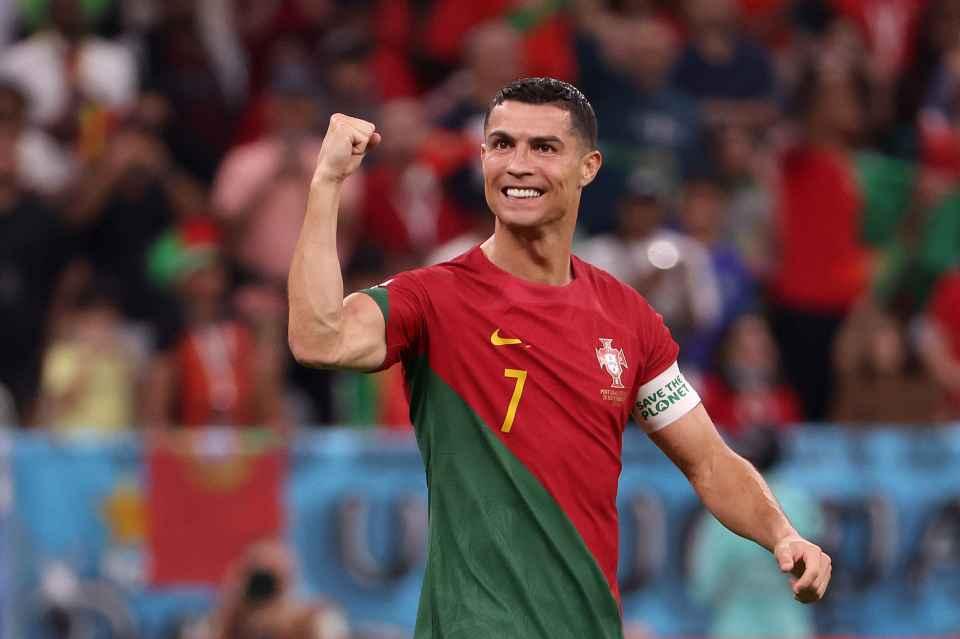