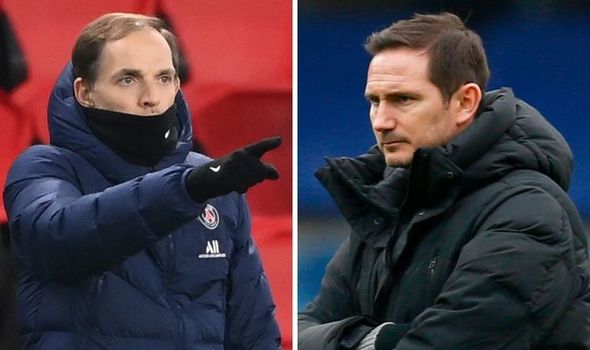 Lampard sacked by Chelsea: Do You Think New Chelsea Manager Thomas Tuchel Will Do Better Than Lampard?

The fact that he has been sacked twice from different clubs in recent years should be a concern for Chelsea’s board and Abramovich in particular.

Gary Neville also said “Tuchel will be exposed to exactly the same rules as Frank. We’ll be talking about him being let go in the next 18 months to two years, I’m pretty sure of that.”

However, the 47-year-old manager has won a domestic cup for Borussia Dortmund and all possible cups for Paris Saint-German in his two years in charge.

But now he’ll be coaching the men in blue. Someone that can manage Neymar and Mbappe is now expected to manage Werner and Havertz. 😂😂😂

As a football lover, do you think there will be any difference as Roam Abramovich believes changing managers will improve?

Do You Think New Chelsea Manager Thomas Tuchel Will Do Better Than Lampard?

The Blues icon has left Stamford Bridge after just 18 months in charge, with the former Borussia Dortmund and PSG coach due to take over
Frank Lampard has been sacked from his role as Chelsea manager and will be replaced by former Paris Saint-Germain coach Thomas Tuchel.
Lampard had been in charge for just over 18 months, but leaves following five defeats in the last eight games.
He will be replaced by Tuchel, with Goal
understanding that a verbal agreement as been in place between Chelsea and their incoming manager for a couple of days before the news of Lampard’s departure became public.

Chelsea confirmed Lampard’s exit on Monday morning with owner Roman Abramovich making an unprecedented statement, with Tuchel expected to be appointed in the next 24 hours.

Lampard led Chelsea to a 3-1 win over Luton Town in the FA Cup on Sunday, but the club’s Premier League form has led to growing concerns.

The 42-year-old achieved a top-four finish last season, which was deemed impressive having taken over when the club were under a transfer ban.
However, this season Chelsea spent £220 million ($275m) on new signings to try and close the gap on Liverpool and Manchester City.

It hasn’t worked, with Timo Werner and Kai Havertz suffering prolonged periods of poor form under their new manager while Chelsea’s performances as a team were increasingly getting worse.

Club chairman Bruce Buck watched on with technical and performance advisor Petr Cech as Leicester City ran out comfortable 2-0 winners against Lampard’s side in their most recent league fixture.

The loss to Brendan Rodgers’ men was just the latest of a series of defeats against the Premier League’s best teams, which recently included reverses against Manchester City and Arsenal.

Chelsea have only beaten West Ham of the top 11 clubs this season, while picking up the second-lowest number of points at this stage of a season since Roman Abramovich bought the club in 2003.

Lampard earned 1.67 points per match in the league, which is the lowest of any manager appointed since Abramovich bought Chelsea.

The former England midfielder had been open to continuing but the decision was taken out of his hands by those higher up.
Former Mainz and Borussia Dortmund boss Tuchel is set to be the man to come in to Stamford Bridge, following his sacking by Ligue 1 champions PSG just before Christmas.

Tuchel, who has been angling himself for the role , could be the right man to get the most out of both Werner and Havertz, as well as Christian Pulisic who was brought through Dortmund’s academy.

Meanwhile, Lampard’s legendary status remains intact and many Chelsea fans would have been happy to see him continue. A display had been planned for the Shed End part of the stadium, urging Chelsea to stick with their all-time record scorer, with 211 goals, and manager.

Continue Reading
You may also like...
Related Topics:Do You Think New Chelsea Manager Thomas Tuchel Will Do Better Than Lampard?, Lampard sacked by Chelsea