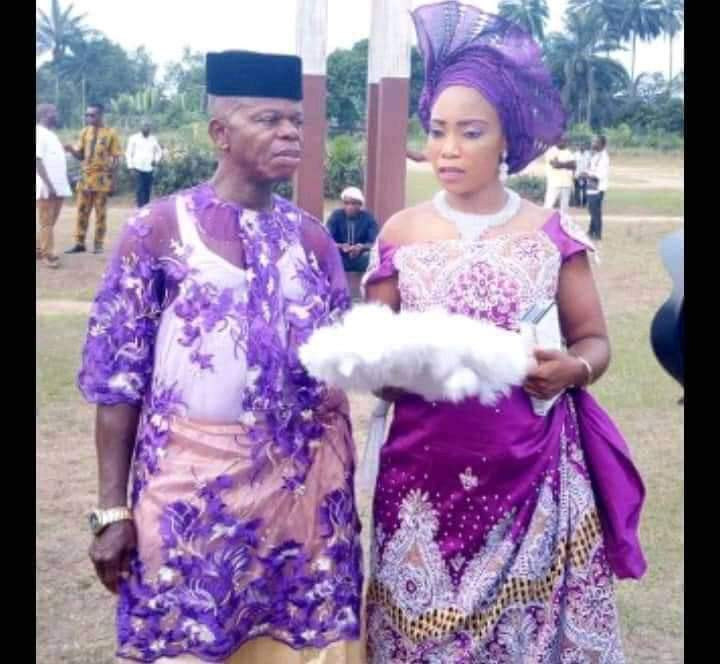 A Pregnant Nigerian lady has allegedly been married off to an old man traditionally after the man who impregnated her absconded.

Photos from the wedding ceremony is currently making rounds on social media and have sparked a conversation about the practice, which is said to be a norm in some cultures.

According to Twitter user @TheOliviaLife, the lady’s parents arranged with the old man to marry her so that she can “give birth under his protection and the child will answer his name.” She further revealed that it is one of the practices she is trying to fight against in her community.

Another lady @Kylareetarh also made a shocking revelation related to the controversial topic. She revealed that it is also a common practice in her community and old women are also permitted to marry pregnant young ladies.

Continue Reading
You may also like...
Related Topics:Pregnant Nigerian lady allegedly marries an old man after man who got her pregnant Runaway